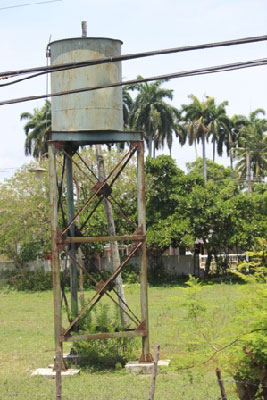 HAVANA TIMES — I’ve lived in Cuba for three years and I’ve met my share of patriots, dissidents, gusanos, and human rights activists.  I’ve met Communists and Anarchists.  One time I think I ran into some Surrealists…or maybe they were just homeless vagabonds…either way, my point is that in three years of living here I’ve never, ever, met a terrorist.

If you work for the US State Department perhaps you are surprised to read that previous affirmation.

I surely was surprised when I read that Cuba has been listed as a “State Sponsor of Terrorism” in the Country Report on Terrorism issued by my government the other week.

What is your problem United States State Department?  Did trolling octogenarians in Miami and their younger sycophants in a few congressional seats bully you into adding Cuba to the list?

Or do you genuinely feel that Cuba is a threat to our homeland?  I promise you:  Cuba is no threat to the United States of America.

The Cuban military exists on paper more than in practice.  The armed forces mostly function as a tourism enterprise and farming initiative.  Tourism work and tips in hard currency are the retirement plan for military lifers.

The United States Defense Intelligence Agency states that the Revolutionary Armed Forces of Cuba are “…generally incapable of mounting effective operations above the battalion level, and that equipment was mostly in storage and unavailable at short notice.” So. Freaking. Scary. 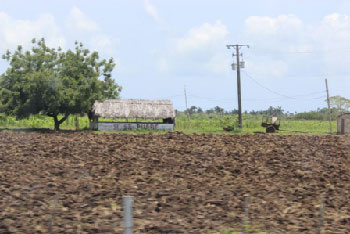 When I ask my Cuban friends about military service they say they don’t even have to live in barracks or handle real guns. Most just show up to tick their name on the attendance list then bounce.

In the street I see more British and American flags on cars, bicitaxis, in front of homes, and on clothing than I see Cuban flags.  Surely this can only be the sign of a population brainwashed to have an absolute hatred of our country and our values of freedom, right President Obama?

The State Department continues using Cuba’s “support” of insurgent movements in Spain and Columbia as an excuse to add its name to the list of terrorist supporters.  Both claims are wrong.

The Spanish Government sees no threat originating from Cuba. In fact, Cuba helps in negotiations in regard to Euskadi Ta Askatasuna (ETA or the Basque Homeland and Freedom organization).  How to do I know?  In 2011 U.S. Brig. General John Adams (U.S. Army Ret.) personally told me when he visited the medical school.  The summary of his findings can be seen here.

In regard to Columbia and Revolutionary Armed Forces, Cuba’s only participation of late has been in denouncing violence and promoting negotiations right here on the island.  The Columbian Government attended these negotiations as recently as April of this year. 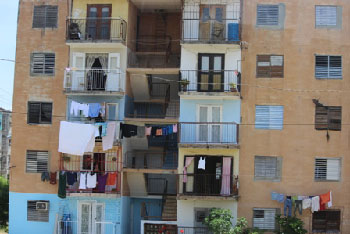 In a world where people strap on bombs and blow up bus terminals, crash passenger jets into office buildings, shoot up marketplaces, and then post videos of all of that on the internet there exists no justification to equate the Government of Cuba with terrorists.

In a world where terrorism is measured by bomb crater depths, blast radius, and body counts the United States State Department is lying to the American people when it names Cuba as a state sponsor of terrorism.

Instead of alienating our geographic next-door neighbor we should talk with Cuba about how we can work together to combat terrorism.  Cuba proposed two such talks in 2010 and 2012.  President Obama did not respond.

If President Obama is serious about protecting the American people he should remove Cuba from the list of state sponsors of terrorism and at least give the Cubans a chance to explain their ideas on bilaterally combating terrorism.

29 thoughts on “Meeting a Terrorist in Cuba”