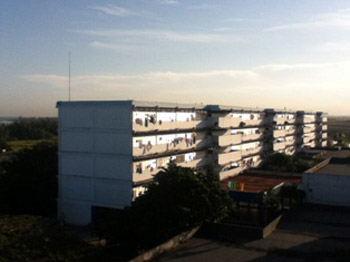 HAVANA TIMES, March 5 — Medicine has finally monopolized all of my time and energy.  In addition to the consuming course work from school here in Cuba I am also preparing to take the United States Medical licensing Exam (USMLE) this summer.

After living several years of my life involved in many different undertakings at once I’ve had to become permissive enough to let medicine trump everything else I want to engage.  But this doesn’t come easy, as my mind frequently makes medicine defend itself against other things I could be doing.

Both are probably true.  But neither keeps those pesky quasi-existentialist questions from interrupting my hours of daily study.

In a recent New York Times article “If you feel O.K. maybe you are O.K.” H. Gilbert Welch argues, quite effectively, that in the United States we are making preventative medicine more wasteful economically, and perhaps more dangerous for patients.

It seems we are reaching a point where inefficiencies of our much maligned focus on curative care are making their way into the idealized vision of preventative care in the form of screening individual patients for disease.

The wastefulness and potential dangers to the patient come into play during follow-up to these screenings.   After a screening the at-risk patients could be put into long term health management programs which can include, but not limited to, more tests, medication, or procedures.  Some of which they might not need.

To me, this smacks of curative care pretending to be prevention.  But it turns out I’m wrong.  This type of individual focus can be associated with “selective” or “indicated” prevention.  If indicated prevention screenings are part of the process in determining what, if any, medical interventions should be made.

So then if the United States is currently practicing preventative medicine, be it sometimes wasteful and dangerous, why would I need to come to Cuba?  Couldn’t I just learn within the system we have in the United States?

The difference between the preventative medicine that Mr. Welch describes in the United States and what is used in Cuba is that Cuba practices a type of prevention called “universal” and “environmental” more than the “selective”, and much more than the “indicative” brands.

Universal and environmental prevention are more focused on promoting health through societal and cultural changes; such as getting groups of elderly people to exercise together, or increasing police presence in neighborhoods where there are more machete fights on Friday nights. 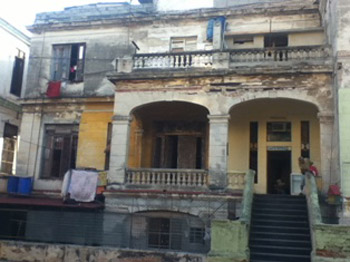 The focus of universal and environmental prevention is on a group of people, not so much an individual patient.  This prevention is more likely to take place though mass media, school curriculum, workplace regulations, and a stricter control of ways in which people put themselves and others at risk.  It is less likely to take place though screening exams in a doctor’s office.

Of course the feasibility of this is largely contingent on the healthcare system being highly centralized and more homogenous than not.  One does not have to make that great of a mental leap from the correlation of Cuba’s government and societal structure to the causative outcome of success in universal and environmental prevention.

At this point you might be thinking that this universal and environmental approach to disease prevention is the way to go.  But these approaches are not without their criticisms and challenges, some of them I have to deal with when justifying my studying medicine in Cuba to myself and others.

A couple of months ago all classes for 3rd, 4th, and 5th year medical students were temporarily suspended so these students could participate full time in containing and preventing the dengue outbreak.  Some students were sent door to door to take residents temperatures; others worked extra shifts in hospital dengue wards.

I remember we even felt some impact of the resource redistribution at the medical school where I study.  One of my friends said that half of the school busses used for transport were taking part in the struggle against dengue.

I said that I thought driving busses around the streets of Havana just to smash mosquitoes against their windshields was a bit extreme.  My friend pointed out that the busses were just being used to move around medical personnel.  My mind had gotten a bit creative with the lack of sleep from studying.

Critics of such preventive measure mention the loss of instructional class time and the use of resources.  I find this easy enough: learning takes place outside of the classroom just as much as inside of it, and infections, maybe even some deaths, from this temporarily debilitating and rarely fatal disease, were prevented.  The people who grumbled the most were the students, but that is nothing out of the ordinary.

I think in the next couple of decades we will begin to see which forms and strategies of prevention are best suited for a world where the large economies are growing slower than the emerging economies.  The metric to measure utility will be to see who is getting the best health results with which system.

Given the high costs of screening tests and individual patient interventions I find it highly unlikely that emergent economies such Russia, China, Brazil, India or South Africa will be benchmarking the system of prevention in the United States.

However, there will probably always be enough individual consumer demand that such services will exist for those who can pay.

I find it much more likely that Cuba’s model of prevention will be looked to as a way to keep costs down.  Cuban-style prevention is also more feasible for governments who are used to maintaining the large public sector workforces needed to realize these public health outcomes.

That is what I tell myself now when I justify my career choice and location.  The nagging questions about why I am studying medicine in Cuba, still make their appearances.  Not that I necessarily mind when they do.

I think the challenges of studying here have made me more self-conscious of my decision to become a doctor than I would have been if I was studying in a system I was already familiar with.

As I continue to let my life be consumed by medical knowledge and how to use it properly I think that I am most scared by arriving to a point when those self induced needs to justify my decision stop showing up.

This is because I have learned more (about preventative medicine for example) from answering to myself than from anything I’ve even been asked in a classroom or on a multiple-choice exam.

2 thoughts on “Understanding Prevention in Cuba”