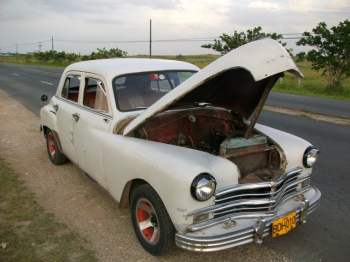 The Federal Government of the United States of America has averted a shutdown, for now.  An actual government shutdown is difficult for me to imagine.  Not because of the impossibility of the situation, as it is obviously not.  But rather, as a citizen of the United States I cannot identify all of the implications such a closure would bring to my everyday life.

Perhaps if I was receiving veterans’ benefits, federal unemployment aid, or federal government healthcare I would be legitimately worried.  But I think even my fellow citizens who do receive these benefits might not understand what a Federal Government shutdown means in their daily lives until reality weighs down on their already complicated situation.

Here in Cuba a government shutdown is not so difficult to imagine.  I think most everything would stop.

There would be no transportation.  More than 80% of the workforce would not get paid.  Even industries that are almost wholly private in the United States, such as tourism, would be closed in Cuba.  The school I go to would not function.  The newspapers that are supposed to report the effects of such a shutdown would not be printed, as they too are a government enterprise.

A government shutdown in Cuba is easy to imagine because the government is right there; from that ice cream I just ate at lunch to the bus I take to the hospital.

The United States proves a much more difficult case because I don’t think we citizens are savvy to the roles the federal government plays in facilitating our daily life.  We are much more likely to see our government as the source of problems, not solutions.  Thinking again, perhaps here Cubans and Americans find some common ground. 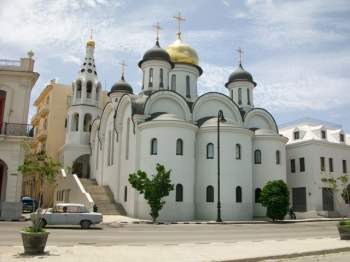 There are many people in the United States who want a smaller government.  Even the Democrats, with the leadership of President Obama, have committed to cutting 100 billion dollars from the federal budget.  Other opinions, more extreme, want government so small it can be ‘drowned in a bathtub.’  The literal images of a flooded New Orleans after Hurricane Katrina made that violent analogy much less appealing.  Now it seems that the extreme position will have to be satisfied with a simple water-boarding of our Federal institutions.

Whoever runs out of breath and breaks first, be it the democrats or republicans, will return to a situation where our country is broke and trillions in debt.

As an observer of my homeland from abroad I feel my suggestions might be out of time, and geographically out of place.  However I have one request that is pertinent to my current situation:  That the United States government cease funding democracy promotion and U.S. Interest Section projects within the Cuban opposition.  Ideologies aside (just try please) it is apparent that the 20 million dollar spent on such U.S. activities in Cuba cannot threaten a strong central Cuban government operating with a gross domestic product of over 100 billion dollars.

Less obvious, but just as important, is that the Cuban Government should not be provided with such a convenient, and cheap, excuse to writing off the legitimate concerns of its citizens.

The exposure of a few spies and a few dissidents, along with their U.S. sponsored shopping sprees, has been legitimately placed at the hands of foreign interference.  And then we watched as these few examples have been used to write off the opinions and problems of plenty of Cubans as nothing more than fabrications by an opposition with an allure to United States hegemony.

But maybe my request could be granted sooner rather than later.  Could it be possible that because the United States Government might shut down there will be a hiatus in U.S. regime change efforts on the island?  If a U.S government shutdown does temporarily halt U.S. participation in the Cuban opposition let’s make that proof that Cubans don’t need U.S. money, and the blame that comes with it, to express their ideas, beliefs and concepts of change.

Free speech should not come with a receipt.

2 thoughts on “US Gov. Shutdown and Cuba”