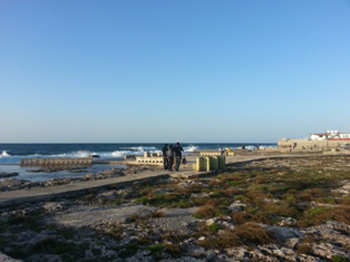 HAVANA TIMES — After months of hopping from one Caribbean island to the next the Chikungunya virus has arrived within 50km of Cuban shores. With confirmed cases in neighboring Haiti this disease has implications for the Cuban public health system, vector control campaign, and tourist industry.

The Chikungunya virus is spread by the Aedes aegypti mosquito. This is the same vector that spreads the Dengue virus, endemic to Cuba, as well as Yellow Fever, which has been eradicated from the island.

A day or so after being bitten the victim develops fever and joint pain which can also include headache, rash, muscle pain and/or joint swelling. While rarely fatal, the symptoms are significant enough to ruin a 7 day Caribbean vacation or lose a week or more of work.

The clinical presentation and course of the disease are so similar to Dengue it is only possible to distinguish the two by using expensive laboratory tests such as viral isolation or polymerase chain reaction.

As a medical student in Havana´s epidemiological reference hospital, Hospital Salvador Allende, I’ve seen my share of Dengue…plus some.

A few weeks ago we were introduced to Chikungunya via a presentation at the Cerro Pediatric Hospital where I am currently rotating. An epidemiologist told us that we need to consider the virus on our differential diagnosis for suspected Dengue cases. Up to now there have been no confirmed cases of Chikungunya originating from Cuba.

When Chikungunya does show up the Ministry of Public Health is probably preparing for more hospital admits for acute fever.

Current policy dictates that all patients with suspected Dengue cases are admitted to the hospital until they complete serological studies on the 7th day of the clinical illness. Because the presentation of Chikungunya is so similar to Dengue that hospitals, especially urban ones, will have to contend with increased patient loads. Further complicating the situation is that there is no immunity to the Chikunguynya amongst the Cuban population, which means everyone has a theoretical chance to become infected.

Of course Cuba’s anti-vector campaign against the Aedes aegypti will continue to try to prevent disease spread and the related stress on the public health system. 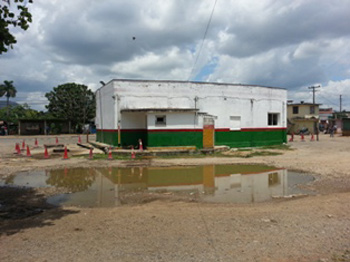 As a first hand participant in the anti-vectoral campaign I have mixed feelings about how the campaign is run on the ground. It seems that every year no matter how many times we go out into neighborhoods and do public education, or knock on doors asking people if they have fever, or get chased out of houses, businesses, or even clinic rooms by the fumigation squad, Dengue still fills up our hospital.

I anticipate we will be expected to double our efforts once Chikungunya makes its presence known. However, short of major upgrades to Havana´s infrastructure to do away with standing water and increased quality of housing I don’t think eradication of Aedes is likely. And as long is Aedes is around so is Dengue, with Chikungunya soon to be added.

Waiting for the arrival of Chikungunya right along with the health service is the tourist sector.

Cuba counts on at least 2 billion dollars a year from tourism to keep up its barely positive economic growth. After the cholera scare last year Cuban tourism has proven to be pretty resilient to new health concerns. However any new disease, and subsequent travel alerts issued by other countries or the World Health Organization, will have a negative impact on the tourist industry.

At least Cuba won’t be alone in the suffering, as the entire Carribean region, and eventually all parts continental America were Aedes flies, will become host to Chikungunya. Hopefully the emergence of the disease in the Western world will spur research towards a vaccine, or at the very least invite more regional cooperation on public health.

21 thoughts on “What the Chikungunya Virus Means for Cuba”