—The P-11 is the bus I use to go from my apartment in Alamar to the center city Vedado district and vice versa. When I was returning home last Saturday I witnessed a scene that goes against all civility.

Let me explain. After waiting for nearly an hour for the bus to come, and getting on amid the pushing and squeezing of the other passengers (people get desperate and that makes everyone want to get on at once), the noise began.

One of the characters rarely missing on these bus rides (at least on the weekends) is the drunk. In this case it was an older man who began to yell because someone’s hand bag was bothering him.

The woman who owned the bag answered that it wasn’t on purpose, that she was being pushed. 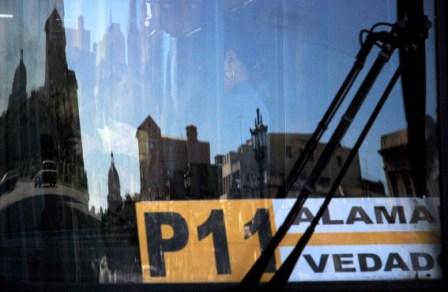 But the man continued, with more force and more vulgarity each time. The subject of the bag then took a back seat when other passengers (bored from the slow ride and with nothing else to think about) began to make fun of the drunk.

They then began to shout at him in the same rude way and the man, not in his right mind, responded with more violence, with ever stronger words. There was no way to make the people understand that the more they provoked him, the worse he would act.

Suddenly, overwhelmed by the situation, a young man said, “Please, there are children riding on the bus, they shouldn’t have to hear such language.”

Nobody reacted, and the comedians continued with their obscenities, egging on the drunk to repeat them.

The young man addressed one of those talking the most: “Look friend, there are children here. Could you stop talking that way?”

“No, I don’t want to,” he answered. If you don’t like it, take a taxi. This is public and we all have the same rights.”

The situation was getting worse and worse because now the dispute was between the two young men. They quarreled for several minutes and nobody else chimed in to support the guy asking for respect. Even his kid (about six-years-old) shouted at him: “Let him have it dad, hit him hard.” 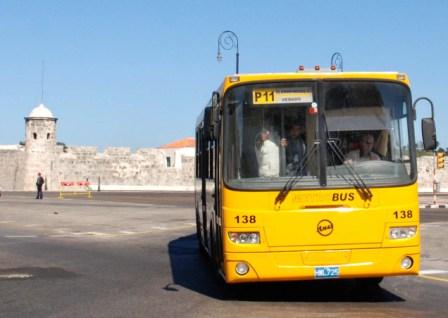 I don’t know how it all came out, if they ended up in a fistfight or if the conflict stayed confined to aggressive words. Luckily, the moment came when I reached my bus stop and I walked home with the desire to read a story I had written years ago.

The story is called The Hero, and it’s about a man that talks about Ghandi to two children fighting on a bus; the children admit they had never heard of that name.

It’s too bad that our children aren’t familiar with that great man instead of the physical and verbal violence that’s on the streets. It’s a shame. Each time I see people fighting, I give them my book. Hopefully they’ll read it.