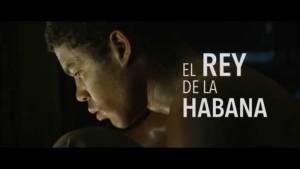 HAVANA TIMES — I have just finished watching the film El rey en La Habana (“The King in Havana”), based on Pedro Juan Gutierrez’ novel – not because they’re showing it in theaters, but because it’s going around as part of the weekly movie and TV series package and a friend made me a copy.

I confess I was left with unpleasant thoughts. Memories assailed me of the Special Period, when I came across people from the underworld. I don’t know whether I mixed with the wrong crowds. It was through a friend of mine who liked to experience those kinds of oppressive environments.

There are places where moral degradation is the norm and people survive through bad actions, which tend to pile on as they begin to commit more and more crimes. These people become accustomed to yielding to low passions and end up in prison or dead.

In the nineties, I used to hang out with a gay friend who had money (because he had relatives abroad). He helped me out materially many a time and I am grateful to him for such gestures. He loved dressing up as a foreigner to hook up with young men. He pretended to be Spanish, imitating the lisp, and many fell into his trap. To them, he represented money, fancy things, something to gain…

This was funny to me. He would get the young man he wanted and the fellow would get a garment and a bit of money. However, there were times we went to bad neighborhoods and ran the risk of being mugged, or worse.

On one occasion, we met a young man who took us to his home in a neighborhood in Old Havana. He lived with a seventy-year-old man, in a miserable hovel of a place. The furniture consisted of a beat up old bed, a filthy crate they used as a table, a chair with a plank on top, a clothesline, a broken mirror hung on the wall and a kerosene stove. The plates, pots and pans were piled on top of each other on floor. There was also an abundance of empty bottles.

I sat on the chair and my friend sat next to him on the filthy bed. I looked around me. The windows and ceiling had holes covered up with cardboard and grass. He told us that, in winter, they were so cold they had to cover the bedspread with newspapers. After a while, I asked him where I could pee. He pointed to a bucket in a corner. I decided to hold it in.

When we asked him what he did, he confessed he had sex for money. He accepted as little as 5 pesos for this.

He took out half a bottle of rum and told us personal anecdotes. He had been in jail for five years because he had helped slaughter a cow. His family had disowned him and he had moved to Havana looking for a place to stay. The old man had seen him sleeping at the train terminal and took him in. He told us about everything he had had to do to survive. One night, the old man had brought another young man to the house to do a menage a trois. Later, he had brought a 12-year-old girl and paid him to do it with her in front of him. They had even involved a dog in a sexual encounter once.

He had stolen purses when things had gotten tough. When he first saw us, he had planned snatching my friend’s backpack, but he got to like us.

He wanted the old man to die so he could keep the place, and get rid of someone that actually disgusted him. Under the effects of alcohol, he told us he was planning to kill him with rat poison. He had sorted everything out with someone who sold the poison. He was thinking of putting it in his food. As rats came out there in the early morning and the old man didn’t see too well, he could have put poison in his own food by accident. It would be the perfect crime.

After hearing that macabre plan, my friend pretended he had a stomach ache and we decided to leave. He gave the young man 30 pesos and two dollars, and we left in a hurry.