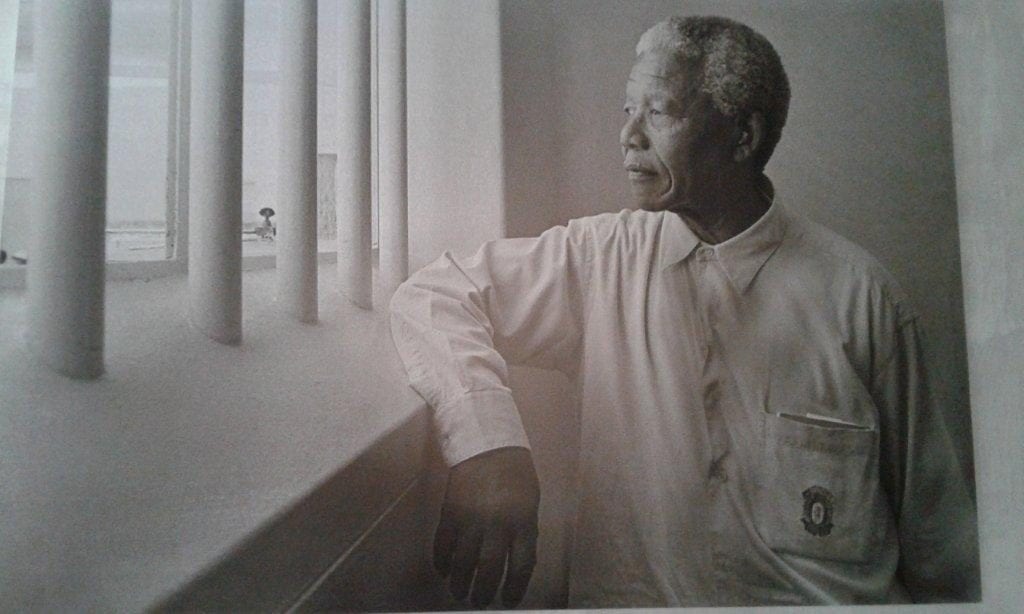 HAVANA TIMES — Nelson Mandela, the tireless fighter who struggled against apartheid in South Africa, is the star of the new traveling exhibition “Mandela 100”, at the Africa House on 157 Obrapia Street in Old Havana. It will be open to the public from May until August.

Artworks from Argentinian curator Ignacio Vazquez, recreate a part of the global icon’s life, including installations, photographs and written texts.

The exposition draws us into the work of a man who waged a war against segregation in South Africa for decades, as a political activist fighting for Black people’s rights.

A replica of his jail cell on Robben Island, where he was held for 18 years of his 27-year sentence, gives us an insight into his moral and spiritual strength.

Rolihlahla Dalibhunga Mandela (his real name) was born on July 18, 1918 in Mvezo, a small village on the Mbashe rivershore, in the Umtata district, Transkei region in what is South Africa today. During his youth, he worked as a guard at a gold mine and as an office-worker to support himself financially while he studied Law.

His biography and other interesting facts can be found in the Mediateca on the Casa de Africa’s second floor, where the exhibition is being held. You can also find books and movies relating to Nelson Mandela’s long struggle.

One thought on “Mandela 100: Exhibition at Havana’s Casa de Africa”