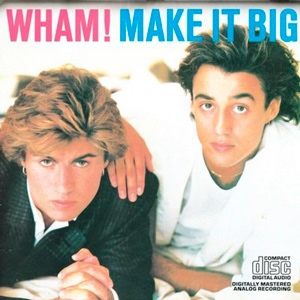 HAVANA TIMES — The other day, a friend of mine (who’s quite the oldies fan) gave me a CD with music by Wham!, a duo that was very popular in the 80s. Listening to it, I thought that, though commercial and deliberately catchy, their music was quite agreeable and harmless.

Their music videos, lively and naive, were also quite charming, particularly thanks to the appeal and voice of George Michael, a man with a mischievous look, blonde, flowing hair and suggestive dance moves.

As a child, my son shared my taste in music. The Beatles were something like a daily prayer for him. Mozart, Bach, Chopin, Vangelis, Cuba’s folk music new wave, famous romantic songs in English, movie soundtracks, even the sensual rhythms of Brazilian music – all of this was agreeable to his ears.

All of that changed, however, when he started the ninth grade. Suddenly, he stopped wanting to be part of that particular music scene. First, he stopped going to the places we used to visit together (museums, movie theaters, theaters) and to walk down the streets of Old Havana or take a dip at the coast with me.

Soccer and videogames became his priorities. Later on, parties and hanging out with friends joined the list. I also noticed he began listening to music in his mp4 player alone.

I came across a mysterious-looking folder in my computer. When I opened it, I noticed my son had been captivated by reggaeton music. When I asked him if he listened to that type of “music”, he gave me a resounding “no”. Afterwards, however, I found out he was lying, because, whenever he left his music player on the bed, I could hear that horrible combination of crass phrases and vulgar sounds coming out of the earphones, causing a very disagreeable feeling in me.

Many articles that criticize this type of music harshly have already been written. There are those who defend it as a positive phenomenon. I have to say, however, that most of these songs are designed to stifle feelings, that is, to bring the worst out of people, particularly to denigrate women and reduce them to sexual objects, tearing down the image women have managed to convey with their intelligence and talent (which place them on a par with men in all areas).

One need only pay close attention to their lyrics to get a sense of what this music is about…and cover up one’s ears.