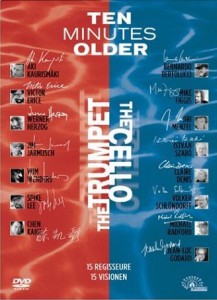 HAVANA TIMES — Chaos, war, plagues and disease continue to spread around the world, advancing hand in hand with exoduses, separations and death. I often wonder what will become of me. It is an unavoidable question that gets me thinking every day, making me look at a past that quickly withdraws from me, dragging even the most recent events down into oblivion.

Sometimes, I have an intuition of the emptiness of time and of how intangible everything can become. Every afternoon, I would watch a theater actor from my neighborhood take his dog out for a walk. One day, out of the blue, he was diagnosed with lung cancer and, two months later, he died. Adrian, a young guy who used to play cards at the corner, had a heart attack and keeled over backwards in the middle of a game, dead. That’s how simple life is.

I think about how far away my friends are. David is in New York, dazzled by that cosmopolitan city. Alfredo is teaching in Ecuador. Xiomara is mopping floors in Miami. There are so many others in different countries around the world, trying to find a way to survive.

I rarely see many of my friends here. Most are caught up in their own, everyday concerns. We do manage to meet up occasionaly and share material and spiritual interests that satisfy us for brief moments.

Gradually, however, I begin to notice the change. I continue to write as though ridding myself of this uncertainty depended on it, because, in a way, it is the only way to confront all of the unknown things lying ahead.

I recall Ten Minutes Older, a collection of short films in which prestigious directors expound on their ideas about the passage of time, the distortion of reality, through life stories that are merely a few minutes long.

Everything is left behind at the very instant when we move onto the next action. Yesterday cannot be replaced by anything today, and vice-versa. We gradually erase what happens to us and recreate it in a false reality. Memories become better and more intense than reality. At least, that is how I perceive it.

I have an ordinary anecdote that illustrates this. On Saturday, I had to go to the hospital because my left eye was irritated. A doctor saw me and prescribed a medication that ended up doing more harm than good. It resulted in an inflammation that made my eyelid contract and I had to close my eye constantly.

I decided to return to the hospital. Another doctor saw me and, unlike the first one, he explained to me what I had and prescribed the right medication for my ailment.

A change in something that could have become dangerous to my health took place there, when someone altered its development with the right course of action.