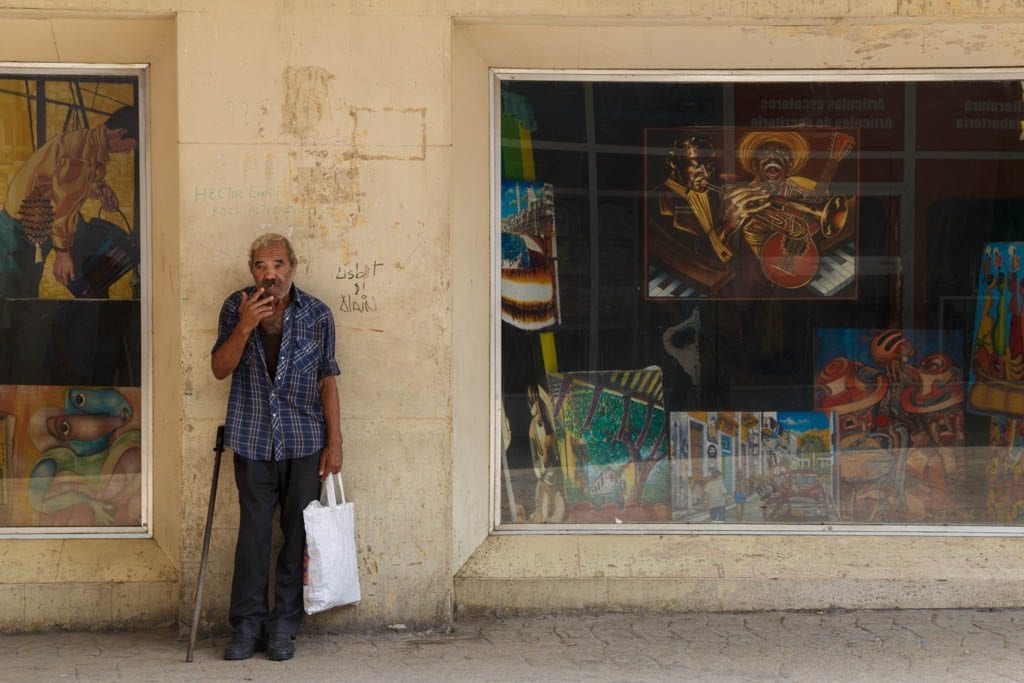 HAVANA TIMES – Reaching old age alone is the worst kind of loneliness. There are also elderly people who, even though they are surrounded by their family, feel excluded; young people distance themselves or ignore them; at home, their opinions don’t count or they are the last ones to be asked their opinion. They are left in their own universe bursting with memories, where they live the life that has now passed.

I have seen some very sad cases where children who have left, don’t keep in contact, don’t give them any kind of help and support, especially spiritual support. They withdraw into corners when this happens and die.

I once met an old man who used to look after cars, he was 80 years old and he would work for a few pesos. He died one day and I never saw him in that parking lot ever again. You can also see many people aged over 70 on the street selling things, sitting on walls, on pavements, for hours on end. Many of them ask for hand-outs, others are homeless. This is really a pity.

At the doctor’s office, I watch old people ask for prescriptions for their pains and aches. And when they’ve turned around, they are criticized: “these old people just want to have a medicine cabinet at home, what a nerve!”

There are heartless families who use them to run errands, to pick up children from school, once I saw an old woman carrying a baby along the street. This old woman could have fallen down and could have brought the child down with her…

Not all elderly people are sad or criticized, many of them have full use of their mental capacities, they exercise, go out with friends, meet up and do things together. However, the majority of our nursing homes leave a lot to be desired and when people are admitted, they often die shortly after.  I have a friend who went on an odyssey to put his mother into a home that was in a good condition, you need to have leverage or money.

Good things have been created for them: proyecto 23, means they have the right to go to different movie theaters in the capital, and they can pay a modest price for membership so they can watch movies all year. This is a good idea.

There are “Grandparent homes”, where families who work can leave them all day and then pick them up in the afternoon. There, they have medical care guaranteed, activities and food.

Nevertheless, old people need better pensions; they are extremely low here in Cuba and barely cover their most basic needs. After my father passed away, my mother was given the option to pick up his pension, which didn’t even reach 300 CUP (under 15 USD), but to do she would have to give up her own pension mandatorily.

Why can’t you have two cheques, if she has worked all these years and it’s her right? Where will her money go?

This doesn’t mean to say that pensions in other countries are enough. My brother has a Spanish friend who can’t cover his rent and other expenses with the 1000 euros he gets as his pension per month. That’s why he decided to come and live in Cuba. Here, he lives like a king, he can even gets women…

In many developed countries, retirees go on organized holidays, they have opportunities. Sometimes, I run into groups of elderly tourists in Old Havana, who are very happy and satisfied with their lives. And I think: I want to reach old age like them…

Old age is revered in many different cultures; it’s a synonym for wisdom and respect. We should learn to co-live with our elderly, to give them an important place in our lives, to give them love, affection, buying them whatever they need, indulging them…, because at the end of the day, we are also going to be old one day.