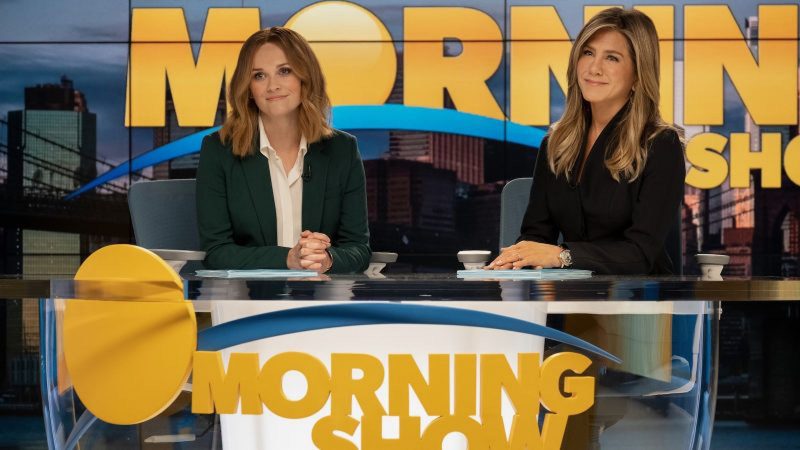 HAVANA TIMES – I’m addicted to TV series, I have seen two or three that had me completely hooked, including American Horror Story and Dexter.

You could even say that I enjoy the violence and gore; however, the thing that really grips me is the way stories are told. They are well-made with good performances.

Right now, I’m watching The Morning Show, a series about TV journalism with underlying intrigue and stories of sexual abuse, after the MeToo movement gave rise to a wave of rape and sexual harassment accusations against people working in TV and film.

I remember the years I worked as a Director’s Assistant for different TV channels. A world that didn’t escape similar problems. I personally had a firsthand experience of this.

While one show was being filmed, a producer took me to an office which he had the key to. He wanted to talk to me about something…

His words had an appeasing tone: “You know that I like you. We could be a team, you and I. I can help you with your career and give you more programs.” And so on.

Even though he didn’t rape me, because that would have been too much, every time I ran into him, my stomach would turn hearing that same sexual rhetoric. He’d catch me off guard sometimes and slap me on my behind when passing by.

Over time, I learned that other girls had slept with him. Many of them were working on many programs, which meant higher wages.

Jokes went around, there was one about a project being filmed in the provinces. The team traveled, stayed in hotels, and this involved sexual adventures. Expenses the TV company paid for.

The head of the division was sanctioned when this came to light. She wasn’t fired because she had strong connections. She is actually a scriptwriter right now.

There was a lot of injustice. Directors were given beach homes to spend their holidays, and other workers lower down on the ladder were forgotten.

This is the way they censor every program, although they are all watched and analyzed before going on the air. It makes sense because our TV isn’t privately-controlled.

I remember when a TV movie program was going to screen “The last temptation of Christ”. It’s clear that it was banned because the excuse was pathetic: the tape was damaged. It was simple, government ties with the Church had been consolidated, especially after Pope Benedict’s visit. Of course, the movie couldn’t be shown…

Cuban TV holds professional courses every year, including scriptwriting. I did this course one year, alongside other colleagues.

It seems illogical, but none of the students who graduated could get a place as a scriptwriter. Those who pushed a little more were told that there weren’t any vacancies at the time, that all the positions were already filled.

This is a historic fact: in order to work on a TV show, you need to have contacts. Which was also how I got into TV, my first position as a secretary was thanks to a program advisor who recommended me for the job.

On my last show, Pantalla documental, the director decided to lay me off saying that I wasn’t working properly, because my attention was elsewhere.

At that time, my father was suffering from isquemia and had to be hospitalized, followed by a long recovery period.

The director didn’t respect this. She decided to kick me out when I was going through rough times.

I later learned that I had been replaced by a friend of hers. The program presenter was also replaced, who was a director with great expertise in documentary film. She was replaced by a radio host, who learned the script as if he were a parrot.

One thought on “Some of My Experiences with Cuban State TV”