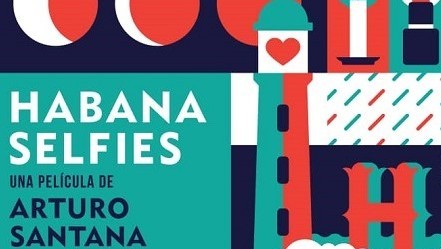 HAVANA TIMES – A nostalgic view of Havana at night, covered in rain and lightning, a ride in a taxi and six love stories… these are the ingredients of “Habana Selfies” from Cuban director Arturo Santana.

The movie competed at the last edition (41st) of the Havana Film Festival, and made its debut in the capital’s movie theaters this month, with many people going to see it.

Which is why I decided to go and see it, before it came out as part of the Weekly Package [of mostly pirated audio visual materials]. I wanted to see if it really did live up to the hype.

Santana has been making music videos for decades. It’s worth mentioning that he is quite good in this field, he has won Lucas awards (a TV competition that chooses the best music videos of the year).

However, film is a risky medium and when you fail, it’s a huge catastrophe. This happened with his debut feature “Bailando con Margot”, a combination of thriller and comedy, in which the lead character ends up being a silly caricature of Philip Marlowe, the detective in Raymond Chandler novels.

In this romantic comedy, he tries to intertwine love stories that are somehow connected. An idea that has been exploited quite a bit in film already.

Here, we see the cliche couple, student and teacher, others who are a little lost: the taxi passenger and the barman, the young man and the prostitute, the domestic worker and her father, the transvestite and a French woman. And there are three actor friends, who work in a restaurant and dream about making a movie.

There are subplots which connect with the main plot at times and are repeated throughout the movie; a ride in a taxi through the urban landscape in the early morning, the woman without a final destination, the silent taxi driver, imitating Robert de Niro’s character in Taxi Driver, although he doesn’t share de Niro’s charisma and introspection.

The director isn’t interested in showing the real Havana, hit by the crisis and pressing needs. His objective is to make an elegant movie, with universal values, where his characters are immersed in their solitude and turn to love for safety. Only two of them circle marginal Havana: the transvestite and the prostitute.

The feature is stuck on becoming an “unforgettable” movie, but its lead characters lack the substance needed to move the audience. It isn’t the actors’ fault, but rather the result of a script that isn’t gripping enough.

Interesting fact: most of the cast are TV actors, popular faces from national soap operas.

We can see references to the films Paris, je t’aime, Amelie and A Night in the Earth. It also turns to musical film, which is quite an ambitious endeavor, like when the dishwashers at the restaurant burst out into song and dance in a scene, for no reason whatsoever.

I think that there are only two things that save this movie: its photography, under Alexander Gonzalez’s charge, and its music which German Velazco was responsible for, as if it were a great 90-minute-long music video. Otherwise, it’s just one of the many other movies that aren’t memorable at all.

2 thoughts on “Unfinished Love Relationships in the Movie “Habana Selfies””