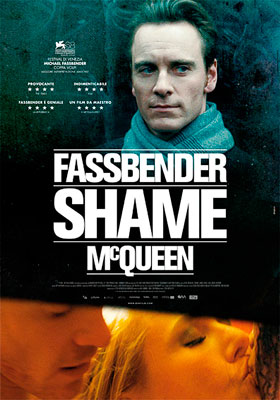 HAVANA TIMES — I must confess that the graphic images of Steve McQueen’s Shame, boasting a stellar performance by German-Irish actor Michael Fassbender, left me in a state of shock.

The film tells the story of a young man who suffers from a sexual compulsion and is incapable of establishing a “normal” relationship. What the movie doesn’t tell us is the origin of this addiction and the conditions that led to this behavior.

It would be worth asking ourselves, however, what “normal” would be when it comes to sex. Can sexual preferences be classified in any way? I don’t think they can.

There are so many different forms of sexual conduct that any treatise on them would be endless. I wouldn’t even dare think of writing such a piece, for I lack both the information and knowledge needed to address such a controversial issue.

The question I would like to pose, instead, is: what is it about sexual behavior that prompt people to deride it and portray it as something grotesque? Why do we believe that frequent changes of partner are a form of promiscuity?

I have a 40-year-old friend who goes to the Maxim Rock – a place in Havana where rock bands play their music and classic American pieces from the 60s and 70s – every weekend. She’s told me that, in addition to dancing, she goes there to meet young men, that the chances of hooking up there are good. In other words, that she goes there in search of sex.

Things would be simpler if no other interests came into the mix. Perhaps, things would be more honest if people spoke like prostitutes (“I’ll charge you so much to have sex with me, I’m sleeping with you to get ahead at work, I want to publish my book”) and addressed their “ulterior” motives openly.

People, however, rely on subterfuge to get their way. And many have learned that sex is the best way to deceive others.

There are women whom we could call “high-class” prostitutes. They are happily married, model wives and mothers. Though they may feel empty and disappointed sexually, they put on a believable show, because the germ of deceit is already in their system and it isn’t hard for them to play a part. There are material interests at play and they have to retain their status at all costs.

Many people suffer from this ill: they are incapable of telling their partners they would like to sleep with other people, and they satisfy their needs elsewhere. This way, everything remains perfectly balanced.

I am not referring here to “sexual perversions”, so classified by psychiatry. I am only speaking about being sincere with ourselves when it comes to sex, about those impulses that make us want to approach someone and perhaps enter into a romantic relationship with them (or not), impulses that lose their spontaneity when other interests come into play.

Some people will likely say that having sex with no other reason than having sex is something questionable, that there has to be another reason there. Why don’t we try it and see what happens? We may enjoy it more.

4 thoughts on “What’s “Normal” Regarding Sex?”