HAVANA TIMES – More detailed and definitive information about plans to build more golf courses in “socialist Cuba” reached us through the news this September.

At the beginning of the year, the Cuban State company Grupo Palmares (the company responsible for developing golf courses for the tourism) and the British company Esencia Hotels and Resorts, founded The Cabonera Golf and Country Club, Cuba’s first joint venture real estate company.

This first project involves the construction of a golf course with two thousand real estate units, a shopping center and a hotel near Varadero, an investment of some 350 million dollars.

The famous Matanzas tourist resort already houses the Varadero Golf Club, an 18-hole field built before 1959 by the Dupont family.

According to the Commercial Director of the Ministry of Tourism, Jose Reinaldo Daniel Alonso, negotiations for the creation of a second joint venture real estate development company have already been completed.

The company will be made up of Cuba’s Palmares and the Chinese firm Beijing Enterprises Holdings Limited, which is to make the investment. According to Cubadebate, the golf course will be developed in Bellamonte, to the east of Havana. 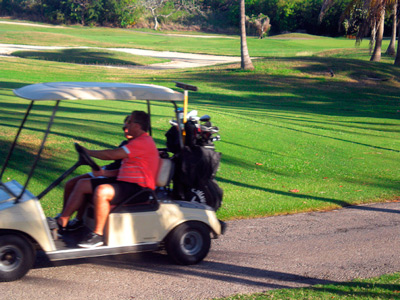 The agreements with China were signed in Havana in June this year.

The country is now preparing two similar projects towards the western end of the island: one located in El Salado, west of Havana, and the other in Punta Colorada, in the province of the Pinar del Rio. The two are joint ventures with Spanish companies.

Other investments in areas such as Santa Lucia, north of the province of Camaguey, and Covarrubias, in Las Tunas, are also being prioritized.

The information on current plans for Cienfuegos, however, afford us many more details about the ambitious designs of Cuba’s “reformers”, who will have less obstacles in their way now that Murillo has been appointed Cuba’s Minister of the Economy.

According to Ministry of Tourism representative Luis Enrique Gonzalez, plans for nine golf courses with more than 22,400 surrounding hotel suites, are being developed in the province.

The plans, to be executed between 2018 and 2019, aims to develop two resort destinations to the south of the province, on some 2,400 hectares, Prensa Latina reported.

Located 20 kilometers from the provincial capital, the destination, Rancho Luna – Pasacaballos, will encompass six 18-hole courses and have a capacity of 16,614 rooms (between hotels, apartments and villas). 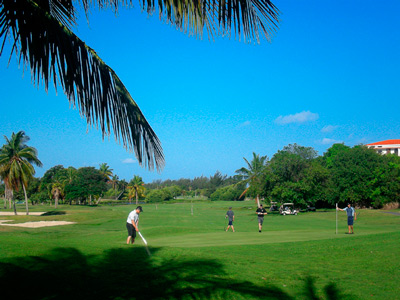 The second destination will be Playa Ingles – La Tatahagua, to be located some 60 kilometers from the provincial capital, closer to the city of Trinidad. The construction of three golf courses and facilities with a lodging capacity of 5,820 suites are planned there.

The project to be undertaken in this province is seeking foreign investment from sources that have not been revealed.

Generally speaking, Cuba’s official press has offered us disjointed and biased coverage on the progress these types of projects have been making, such that we do not know whether the plans for Playa Guardalavaca, in the east-laying province of Holguin, are still underway, particularly after hearing that the water crisis in Cuba’s east will last for several more years.

In 2011, we were informed that the Council of Ministers had approved four initial projects in the provinces of Holguin, Pinar del Rio, La Habana and Matanzas. The Guardalavaca project entailed an investment of 455 million dollars, and it was being pushed forward by a Canadian consortium.

To promote the creation of these real estate development joint ventures aimed at the creation of golf courses, the country offers a 99-year or unlimited lease of the land to potential investors as the main incentive.

The island’s tourism officials have not wasted any opportunities to sell potential investors the idea of building golf courses in Cuba.

A press conference offered by Cuba’s First Vice-Minister for Tourism Alexis Trujillo in 2012, before hundreds of journalists who were then covering Pope Benedict’s visit to the island, was highly revealing.

There, Trujillo informed the press that they were “foreseeing the construction of 13 new golf courses which are at different stages of negotiation, as well as the assembly of several theme parks.”

At a meeting with the press held in January of this year, other tourism spokespeople insisted on the business opportunities being offered for the development of joint ventures aimed at the creation and operation of hotels, real estate development for the building of golf courses, management and marketing contracts and franchises abroad.

On this occasion, Daniel Alonso stressed MINTUR’s willingness to assess foreign investment interests in areas that show potential and have yet to be developed.

Though these initiatives are being executed now, they were conceived as early as 2011, as part of the Comprehensive Services Export Strategy (EIES) which regarded tourism as one of the country’s potentially exportable services, despite the fact the sector had reached a plateau and has not yet managed to recover.

The EIES seeks to market comprehensive packages or solutions, promoting service mechanisms through which customers with high purchasing power can travel to Cuba and receive full services packages (and thus increase profits for the country).

Cuba currently operates two other 18-hole courses in addition to the one in Varadero: the Capdevila and the Habana Golf Club, both of them located in the capital. This quantity, however, is not enough.

From the perspective of securing quick and significant profits, greater infrastructure is needed. Hence plans for the building of marinas, golf courses and the real estate associated to these (despite the fact that these projects do not help the country become self-sufficient).

None of the information published thus far gives any account of the decision-making processes with respect to the plans the government has for these vast expanses of land, nor about how the profits to be derived from these are to be handled.