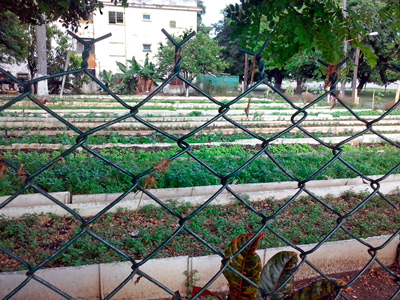 HAVANA TIMES – Though I am surrounded by large organoponicos where I live, putting fresh, healthy food on my table is becoming harder every day – and not precisely because of the prices.

For those who are not familiar with the term, an organoponico is a kind of urban or semi-urban garden where vegetables are grown on a substrate made up of soil and organic matter (mixed in a growing bed), an urban farm that should employ organic agriculture methods.

These gardens, many a time either not known or neglected by the population, are sometimes the only State option where one can buy fresh vegetables at affordable prices and which are relatively close to one’s home.

The first thing that strikes the eye about these places is the small variety of products offered. In dependence of the season, one may find lettuce, chard, cucumber, spring onions, radish, tomatoes, aloe, noni fruit, red peppers, spinach, beets, carrots and some other vegetables there.

But one is hard pressed to find all of these products there at the same time. Today, the garden at the corner of my street only had spring onions, at 7 Cuban pesos the bunch (a price above average, owing to an onion shortage) – and they were selling only the stems, without the bulbs.

What’s new these days is that, in addition to the low productivity of the gardens, when the buyer arrives, there’s usually nothing left of the day’s harvest.

Early in the morning, while most of us are heading to our places of work, the owners of private restaurants send out their buyers to load up on any green thing to be found around the city.

Three or four cars parked in front of an organic garden is an unequivocal sign that one won’t be able to buy anything there, as the trunks of those cars are likely to be filled up with products. Before noon, there no vegetables left on the stands. 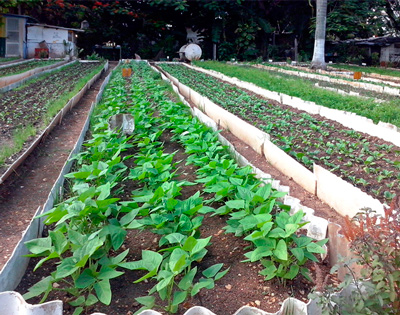 Cuban organoponicos were first created in 1987, but they were most extensively developed after the Cuban economy hit rock bottom in 1994.

My experiences during the more than ten years I have frequented these urban farms make me think that they are currently undergoing changes in terms of their social aim.

A model that sought to increase the availability of farm products (particularly fresh produce) and aimed at benefitting the low-income population through improved nutrition and job creation, has become the chief supplier of Havana’s private restaurants.

We have no choice but to go to agricultural and livestock markets and accept the arbitrary rise in the price of onions, garlic, sesame seeds, peanuts, beans, sweet potatoes and practically all other products (“subtle” rises in price which the press makes no mention of).

In my next post, I will comment on how the once noble organoponicos are anything but clean, ecological and sustainable twenty years after they first began to operate on the island.