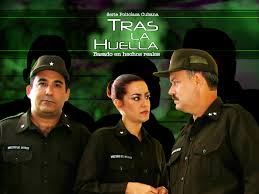 HAVANA TIMES — In an episode of the Cuban cop show “Tras la huella” broadcast on the night of February 26th, a dog seemed to play a significant role in the plot. At one point, the pet dog was found by the cops, hidden in a closet, unconscious with his tongue hanging out.

This image remained on the screen for what seemed a long time, one of the actresses even picked up the passed out animal and stroked him, and it was pretty clear to me that this was in actual fact a real dog and not an artificial replica.

I watched the credits carefully, but I didn’t find the dog’s name, who is called “Jamaliche” in the show, nor could I find that phrase which quite commonly states that no animal had been harmed in the making of the show/film.

In my opinion, giving any chemical substance in a high enough dose to knock-out an adult animal is clearly a case of animal abuse.

I don’t know of any laws here in Cuba that punish this kind of behavior, or that protect animals from violence who are quite often victims in our society.

What I do know though, is that there are some groups who work with real altruism, trying to give some kind of protection to some species considered pet animals (dogs, cats, birds, etc…), if not legal protection, at least healthcare and food.

I thought about ANIPLANT (Animal and Plant Protection Project), PAC (City Animal Protection), Spanky Project, and several other NGOs which are popping up nowadays.

Does Cuban TV guarantee the protection of the animals it uses for its shows? Are there procedures put in place for this kind of treatment? If there is, what can be said of what happened in this episode of Tras la Huella?

One thought on “Dog Mistreated on Cuban TV”