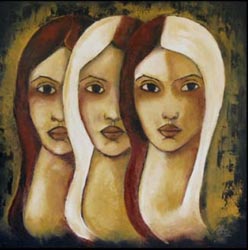 HAVANA TIMES – Fellow Havana Times blogger and friend Yenisel Rodriguez has just published a provocative piece criticizing the ways in which feminism, gender studies and research on masculinity issues have been developing in Cuba and the world. I would like to share my points of agreement and disagreement with his thesis here.

Before all else, I would like to say that I consider myself a feminist, having come to regard the female subject as a victim of long-standing and profound forms of discrimination (many of which persist to this day). Some forms of discrimination – thanks to the feminist struggle, which is not the exclusive domain of women – have been eradicated. I am thinking of the right to vote, to mention one (rather hackneyed) example.

As I, as a homosexual, also suffer forms of discrimination, I understand that the only coherent stance possible is to assume all discrimination against other people as an offense against me as well.

This does not mean that gender studies haven’t failed to establish themselves as a “universal” discourse, as Yenisel points out, or that they have managed to go beyond polarizing stances (skewed towards the feminine), or that it isn’t true they often stray from the search for a society where equality prevails.

I also think it’s true that the complexity of the relations between the feminine and masculine hasn’t been sufficiently explored by gender studies. Nor have the different postures through which individuals construct their sexualities, gender identities or roles – postures which are always colored by a socio-political situation – been sufficiently legitimated.

Efforts to reaffirm alternative masculinities should not involve the stigmatization of standard masculinity, for such an identity exists and, ultimately, is expressed by individuals with the same rights as everyone else. It should, however, point out the ways in which this masculinity reinforces the asymmetries that have existed between the genders historically, with a view to undermining these and constructing a system of gender relations that is increasingly liberating for individuals.

From this perspective, the feminist struggle strikes us (and actually is, from time to time) a struggle “against men” (I am referring to the standard posture). I know this is not the theoretical basis of feminism and that not all feminists assume such stances. But what Yenisel is pointing out is the effect that several decades of this struggle have had and ignoring it is, at best, missing an opportunity to refocus our efforts in this field.

The problem I see in Yenisel’s post – which correctly points out a number of the deficiencies that characterize gender studies – is that he reproduces the very polarization and self-aggrandizing he criticizes, particularly when he makes international demands in defense of male identity his own.

For instance, he proposes the use of the same kind of campaigns he criticized paragraphs above and would have Cuba establish an “obligatory medical or social service for women”, so as to make women “fully equal to men,” when the truly libertarian thing to do would be to eliminate such obligatory processes altogether.

Ultimately, if it’s equality we’re interested in, the fair thing to do would be to propose the establishment of compulsory military service for women (god forbid it!). The fact Yenisel didn’t even suggest this reveals that he reproduces the patronizing attitude so typical of the patriarchy we know and which is so difficult to eradicate in ourselves.

I should add the other demands strike me as fair and relevant. I can’t help smile when I read the demand calling for the “sexual serenity of men.” As for me, I assert my right to be seduced and provoked by any man or woman who wishes to do so, and, the more the charming they are…the better!

Though I say this somewhat tongue-in-cheek, I am well aware that many men who have violently raped women wield the argument that they were “provoked” and “seduced” by their beauty, the color of their lips, the shortness of their skirts, their naked feet, a look they gave them, etc.

While it is hypocritical to pretend not to be seducing someone when one is in fact doing this, this will never be a justification for forcing anyone to engage in sexual intercourse against their will.

I also believe it would be good for Yenisel to be more specific in some of his criticisms. What does he mean by a feminist activism “characterized by unanimity and voluntarism” exactly? Which Cuban pro-feminist organizations, other than the National Center for Sexual Education (CENESEX), is he referring to in his comments?

In order to help us understand his stance fully, it would be good if he were to give us examples of some of those “dozens of spots and television programs that tolerate and encourage female violence against men and which ridicule male characters and engage in many other discriminatory practices.”

On principle, I would take the side of any individual who suffers discrimination, but such discrimination and violence must first be made public.

Lastly, in my opinion, the justified demand for the protection of male rights in Cuba should not entail a condemnation of feminism, but a critique of the ways in which certain feminist currents have followed misguided policies and demonized “men”, blind to the diversity of individuals that are behind such labels.

Not all women, homosexuals, black or poor people is an example of virtue merely because they are not on the empowered side of the social balance. A white, rich woman can discriminate against a poor black man, true, but one can find the most diverse combinations, and labels will never be able to exhaust all possibilities.

Now, we shouldn’t forget that rights, those that are established by legislations as much as those that emerge from social practices, stem from a power structure that is by rule white, male, heterosexual, intellectual and rich. That is my point of departure. Not all of us are at the starting line when the gun is fired.

6 thoughts on “Rights in Cuba are Already Male Rights”