HAVANA TIMES — Losing your home or roof after a hurricane hits can be one of the most awful experiences you can ever have. Maybe protected by this sad reality, the Cuban government is taking the luxury of building the famous Venezuelan petrocasas (“oil houses” a kind of family house that is produced en masse), using the carcinogen PVC.

Common asbestos-cement roofs used in Cuba are no longer enough. And this is when the asbestos component in these has been enough to ban them in all of the European Union for over 10 years. Now, they want to build a vinyl chloride house manufacturing plant on the island.

Both governments have analyzed the creation of the international division of Petrocasa Caribe and to this end, delegations from Cuba and Venezuela met at the Petrocasas headquarters, located in the Guacara municipality in Carabobo state. The Venezuelan party included the minister of Housing and Habitat, Manuel Quevedo, while Rene Meza, the minister of Construction, was present to represent Cuba.

We know that PVC use is extremely widespread worldwide, but is it harmful?

The US Department of Health and Human Services has decided that vinyl chloride is a substance that is recognized as a carcinogen in human beings. The International Agency for Research on Cancer and the US Environmental Protection Agency reached the same conclusion.

The European Commission recognizes that the majority of the components in lead and cadmium, including those used in PVC, are toxic, harmful and dangerous to the environment and they pose a risk of accumulated effects.

It’s a huge debate with opposing opinions and studies, but if we take a look at the sources mentioned and pay attention to Venezuelan environmentalists, you can draw the conclusion that PVC is in fact harmful.

The rigidity of its design and living conditions in these homes aren’t the only concerns in Venezuela. According to Maria Eugenia Gil, an environmental activist and member of Agua Clara, the PVC manufacturing process emits dioxins and furans, extremely harmful substances.

Plus, in order to obtain the right consistency, heavy metals and chemicals with doses of phthalates, the toxicity of which has been established as a Persistent organic pollutant and is banned by the Stockholm Convention for altering the chemistry of cells, being carcinogens and disruptors of the endocrine, cardiovascular, nervous and immune systems.

We already had some of these houses in Cuba, donated by the late Hugo Chavez and which began to have leaks, broken windows, cracks in the floor, short circuits, pipe leaks and generalized damp after less than 6 months, according to independent media on the island.

Now, the problem is that they want to set up their factories on our land, using Cuban workers, which implies a new and more severe environmental impact. 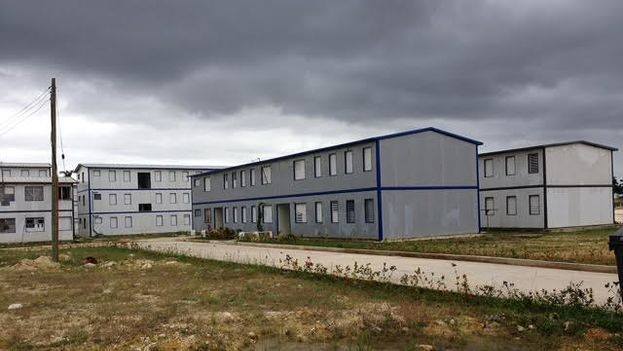 The majority of vinyl chloride that enters the environment comes from factories such as the Petrocasas ones, that use or manufacture this substance which is an oil derivative, and they release it into the air or waste water. It’s a fact that vinyl chloride has entered the environment via dangerous waste disposal sites as a result of inappropriate regulations (just like what happens all over Cuba), or by leaking from tanks or spillages.

A recent study by Periodismo de Barrio gave an account of how Cuban industries, specifically the Havana Club rum factory located in Santa Cruz del Norte, violates, scot-free, national and international regulations, that restrict dumping toxic substances in the environment. With these precedents, what do they think will happen with waste from the Venezuelan oil houses factory?

The experience of the Venezuelan Human Rights Education-Action Program (PROVEA) has been that they haven’t been able to get this information, in spite of having formally requested it from the Ministry of Energy and Mining which disseminates technical and scientific studies that prove that Petrocasas’ plastic doesn’t pose any risk, as the Supreme Court refused their appeal.

There is evidence that vinyl choride can move into underground waters. Traces of this substance have been found in the air near factories that manufacture or process PVC, in dangerous waste disposal sites and dumps. Dangerous levels of up to 44 particles per million have been detected in the air at some dumps.

However, dangers are greater for workers at these factories who process these chemicals, as they are generally exposed to considerably higher quantities of PVC than the general population.

According to a summary by the The Agency for Toxic Substances and Disease Registry, exposure at work mainly takes place via inhaling air that contains vinyl choloride; however, workers are also exposed via contact with their skin and eyes.

When a dose reaches the liver, it transforms into several substances, some of which don’t leave the body for a long time and these are even more harmful than vinyl chloride itself because they react with chemical substances in the body and interfere with the way that organisms normally use or respond to these substances, potentially damaging the liver.

Breathing in high levels of vinyl chloride can lead to dizziness or drowsiness. Even higher concentrations (25,000 ppm) can lead to memory loss and even death.  Spilling polyvinyl chloride liquid on the skin can make it numb and produce blotchiness and blisters.

Other effects of chronic exposure to PVC are:

The truth is that in order to protect the health of infants, In 2006, the European Union banned the use of six kinds of additives used to make PVC easily moldable and the majority of US companies have voluntarily taken out these substances from toys. 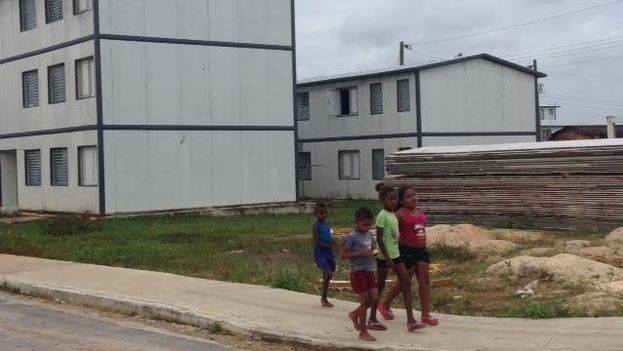 Greenpeace announced that PVC is lethal for the environment as it isn’t biodegradable, like its marketers claim. This myth was broken at a meeting about PVC recycling that took place in Belgium, where a representative from this industry confessed. Recycling it isn’t financially viable. It’s necessary to disseminate it, however, because of its advertising and educational value, he said.

It’s clear that no PVC manufacturer is informing us about the risks that using it involve.

According to Greenpeace, all of the things PVC is used for can be easily replaced by other products and materials such as glass, rubber, metal, wood or other less toxic plastics such as PET, polypropylene or polyethylene.

However, the lack of transparency and information, the economic interests of certain elites and political alliances will use the most vulnerable Cubans (those who, of course, will not only not refuse to use these oil houses, but will be grateful for them as if they were a gift from God and/or the Revolution) in order to advance their populist agendas.

On October 10th, in Gibara, Holguín, the first vice-president Miguel Diaz Canel stated that “oil houses are proven to be good.” However, his guarded mansion in Siboney (that was impossible for us to get a photo of) isn’t made of PVC.

Oil houses, along with the absurd propaganda that they are resistant to hurricanes, will also serve to discourage and even void other possible solutions that have less of an environmental impact in their approach, design and construction of homes.

It seems that the standards about protecting people that are applied in Europe, the US and Siboney in Havana, aren’t applicable in the same way to people who are victims on an underdeveloped Caribbean island.

Some of the sources consulted for this article:

3 thoughts on “Venezuelan petrocasas: a Polluting Solution for Cuba”