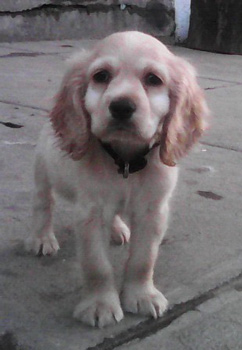 HAVANA TIMES — Though it is true that the practice of domesticating animals is a social phenomenon that dates back to antiquity and that the breeding of animals as pets (or training these for social or entertainment purposes) has always existed in Cuba, it is also true that such practices have become a means to a profit only recently.

Some have turned the sale and subsequent care of pets into the business of the moment in Cuba. Private businesses that sell purebred animals have sprung up around the country. This may explain the extremely high price of these animals, in a country where the majority of the population earns less than a dollar a day on average.

I imagine that those who own these businesses know that the lives of Cubans are truly contradictory and that some are Third Worlders hoping to appear bourgeois, people who like owning costly pets, as only rich people in other parts of the world can afford.

Since social differences have already become quite evident in Cuba (though some insist they haven’t), the pet you buy will speak to your income. What’s sad about this is that we come across people who, instead of wanting to raise the animal out of affection, merely use these pets to feed their vanity.

I am one of those people who likes dogs out of the tenderness these domestic animals awaken in people. I don’t care if they’re purebred dogs or mongrels. Twenty days ago, I saw the beautiful little face of a Cocker Spaniel pup (who seemed to be asking that I take him away with me) and it was love at first sight.

A kid sold it to me on the street for 30 CUC (US $ 34). I felt guilty thinking that I was willing to pay that price for the pup while many people don’t have enough to eat, but I managed to overcome these proletarian pangs of conscience. I had the money and I decided to pay for the company of the cute little puppy, even though it was quite expensive.

I named him Mozart. Once at home, I began looking for some things, like a brush, a tray for food and water and a cushion to sleep on. I made him a collar, so I could take him out to pee.

The problems started days later, when I took him to the nearest veterinary clinic to get rid of his intestinal parasites and start him on a vaccine cycle. I found that the place was in a rather precarious condition and had next to nothing of what my pup needed.

I called the international veterinary clinic to ask about the vaccines (the pentavalent and canine distemper vaccines). They told me that they hadn’t been carrying those for some time now. They gave me the address of another clinic, where they could have the distemper vaccine in Cuban pesos.

I was lucky and was able to get my dog the two injections for canine distemper for 28.75 Cuban pesos each (there weren’t many left). There, they gave me the phone of a private vet who had the other vaccines.

When I called him, he told me he charged 20 Cuban pesos for a consultation and 15 CUC for the pantavalent vaccine. The list of prices for other services (such as nail trimming, for instance) was alarming.

I can understand that the cost of living is high and the self-employed have to pay steep taxes, but I think these prices are a bit much.

Taking care of my little dog isn’t going to be cheap, but I am going to do it nonetheless. I will feel quite guilty when I buy the utensils and groom him, seeing so many people out on the street with poverty stamped on their faces. But that is the way things are here. I have a cute, purebred dog, and some pangs of guilt.