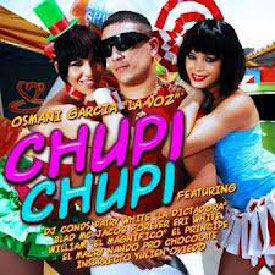 “Raeggeton!” the children reply in unison, convinced this is the right answer, making us burst out laughing. As we laugh, none of us stop to think that we, their parents, are to blame for this, that we are the ones who are always playing this type of music for our kids, that we don’t give them anything else to choose from.

“Mom’s always playing it and I like it a lot!” one of the kids says, smiling.

It is quite literally the only music they hear from the time they get out of bed, even during recess.

It is a genre of music that ignores many traditional values. Often full of profane lyrics, you dance to it with vigorous thrusts of the waist and hips. The men wear their pants slightly beneath the waist, exposing their underwear. If you’re getting on in years, this dance supposedly makes you look younger.

“Kids, haven’t your parents told you what Cuba’s National Dance Music is?” the clown asked once more in a humorous tone.

Silence spreads across the room, forcing the clown to seek the aid of a father or mother.

“Come on up, please. Can you tell these kids what music Cuba is popularly known for?”

“Danzon, the most popular version of which is the son”, the father answers.

We try and tell our kids about the music that is a part of our cultural identity, but they’re not interested. They don’t want to be like the “grownups.”

Having made this point clear, Chispita the Clown asks a kid to sing a line from a popular Cuban song he knows by heart. In response, the kid sings:

Again, we all burst out laughing. Though this phrase is the cry of fledgling community of street vendors who purchase gold pieces for jewelry and other businesses, it is apparently going to be immortalized, and may even become the musical rhythm that identifies us as a nation.