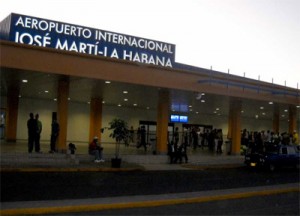 HAVANA TIMES — “Out on the street with my kids, helpless, I started to yell outside the apartment Roberto and I had “bought.” The lady in the apartment took pity on us and offered me and the children a room to stay in while I looked for a place to settle,” my friend Lila tells me.

“Grateful, I left the kids in the room and went out to look for that swine, but he didn’t want to be found.”

“How could you leave the kids with a stranger?” I asked her.

“I had no choice,” she answered. “That swindler had all of our money. I had to solve that problem in three days. I said to myself: “perhaps working as a mule, taking luggage across countries, I could do it. I went to see a friend I had met on my trip over to Lima, someone who worked as a mule.”

Lila was speaking restlessly, nervously. “And the kids?” I asked again.

“I couldn’t send them to school, I was penniless. Luckily, Vanesa was old enough to look after the boy.”

My friend was exhausted. After finishing her coffee, she drank an herbal tea: an infusion of guanabana leaves, which is very good for stabilizing one’s blood pressure. She looked very thin to me. The child, I could tell, had Down’s syndrome. I wonder what the positive and negative experiences she was telling me were really like, because that was just the side of the story she was sharing.

“My new workmate lent me the money to get started,” she continued, “and I was already working as a mule the next day. I worked six months, traveling back and forth, without rest. The lady in the apartment agreed to look after the kids for a while, provided I paid.”

“What happened when you got back to Cuba?!” I asked.

“Well, we’d sold the house I lived in. I had used the money to travel to Peru. Now, I don’t even have a hole in the ground to crawl into. I spoke with the man I sold the house to and, after a lot of begging, he rented out the small shed at the back to me, just so my son and I have a place to sleep in. The girl lives with her father and grandmother, who are medical doctors. She’s already enrolled in medical school. She’s very smart. As for me, right now I’m looking for a small room somewhere, the kind people who leave the country sell, a place where I can stay with the child. As you can see, he’s got Down’s syndrome. They don’t want me at my mom’s place. Help me. Do you have any empty rooms in the house? I’m still out on the street.”

Apparently, Lila hadn’t had a shoulder to cry on and gotten some things off her chest talking to me. “I suppose this trip around the world has taught you some things, no?” I said.