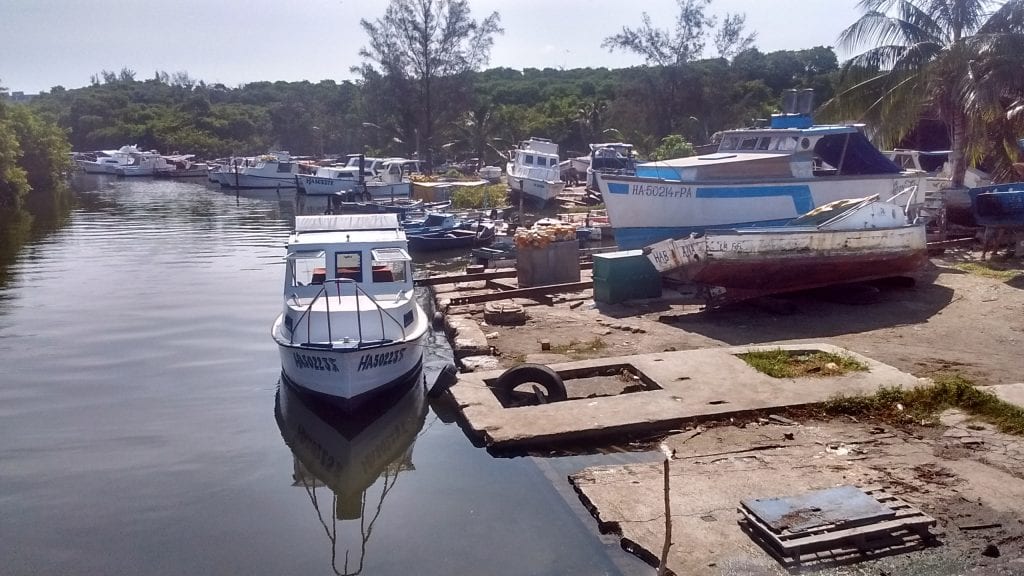 HAVANA TIMES – I have always heard people say that Cojimar is a fishing town because of its geographical location and how some of its residents used to make a living. But, is this still a valid hypothesis?

It was the first tourist resort that Havana’s aristocracy had, for a few years. At that time, the town managed to increase its financial solvency ever so slightly, due to its fishing tradition and later as a result of the annual celebration of the Ernest Hemingway Tournament, in tribute to the famous US writer who put Cojimar on the world map of spearfishing and reinforced the image of Cojimar as a fishing town.

However, to tell you the truth, independent fishermen in Cojimar have never been able to make a livelihood out of fishing. Selling their produce to such a small population became very difficult, although the town took on this picturesque image with the exhibition of fishing equipment and catch on its streets in its attempt to sell.

As a child, I remember that there was a state-owned fishing cooperative that was called La Tiburonera, where these and other big fish were auctioned off and cut into pieces, in front of passers-by. This was one of the other things that helped to reinforce the town’s fisherman image.

Today, it’s interesting to see how urban development in this town has made the image of this town change for the better.

Luxurious homes have been built by new residents. These have nothing to do with the humble and typical abodes that you could find here decades ago. As a result, visitors come today to appreciate the architectural diversity of the town with its different styles and not for the charm that fishermen once created, who are seldom seen on the town’s streets anymore.

Most people believe that you have a lot of money if you live in Cojimar because of the relationship they have drawn between what they see and the pockets of those of us who live here. The truth is that the money in Cojimar today doesn’t come from fishing. And nobody really knows where these new residents get their money from to invest in their monumental homes.

One thought on “Is Cojimar Still a Fishing Town?”