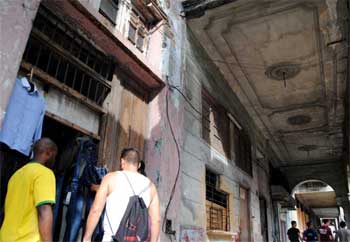 HAVANA TIMES — Marginality is a description given to a certain social strata of people. It is a phenomenon influenced not only by economic resources as its main link, but also has cultural, political, ethnic, sexual and racial factors associated with it.

In most cases these generate negative behaviors, especially if we consider all that has occurred since the beginning of this century, where the world has come to a difficult economic crossroads.

I recently read an interview with a writer friend of mine who considers marginality as something heartless, but also human and beautiful.

His assessment made me note that in this ruthlessly marginal world of the present, priority is placed on obtaining money through any means, whether this means killing, stealing, selling drugs, involving oneself in adult or child prostitution, or — in more minor cases — engaging in socially unacceptable businesses.

As a separate case, what deserves analysis are those not-well educated individuals who work in jobs where their relation with the public is intrinsically direct. This result is an extortion of the image projected by the worker — who represents a particular institution — and reaches limits that go well beyond our borders.

“Why study so much if you’ve spent your whole life doing this and you still don’t have anything.” With this phrase, marginal individuals scatter themselves everywhere, obtaining money that allows them to show off.

With certain peculiarities in the way of projecting themselves — using a manner of speech particular to Havana — they reach the point of becoming a model for some groups, especially young people.

In the case of my friend the writer, his profession doesn’t allow him to enter this marginal dynamic, though he has spent all of his life around people with those characteristics. They respect and appreciate his profession; there’s even a certain camaraderie that exists in their relationship.

In short, I think the boundary has become indefinite and imprecise in postmodernity. The environment bifurcates and becomes fragmented, such that anyone can become confused and not know who are the real marginalized.

One thought on “Marginality in the 21st Century”