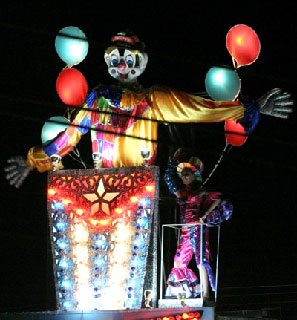 HAVANA TIMES — When one needs a tailor-made garment – be it a pair of pants, a suit, a dress or a shirt – the question invariably arises in Cuba: who’s able to do the job?

Finding a skillful tailor or seamstress in Havana is no easy task. In fact, the last time it took me nearly a year of asking around to be able to order a pair of dress pants, pants I had intended to wear on my birthday for the first time.

After a long search, someone recommended a tailor’s of apparent taste and quality and there I went, fabric in hand. The receptionist offered me a detailed description of the services they offered and their turnaround time while I glanced at some finished garments.

Satisfied, I took out the piece of fabric I had long stowed away, a gift from a friend who, incidentally, must have paid an arm and a leg for it, and told the receptionist how I wanted the pair of pants done.

She filled out a form which included my personal information and the details I gave her, including my measurements. After completing the form, she told me to come back in fifteen days.

I didn’t know whether she was the one who was going to tailor the pair of pants or if it was someone else. I had thought such details were worked out directly with the tailor or seamstress, that the receptionist was only responsible for collecting payment. So I wasn’t too sure about the whole thing.

Fifteen days later, when I went to pick up my pants, I was greeted by a new receptionist. I gave her my ticket. I noticed she looked slightly confused and that she took a long time looking for the pants.

Finally, she came back and told me she couldn’t find anything, neither the fabric nor the pants, that she was very sorry but that the person who had filled out the order had been detained for stealing fabrics and garments from customers. “I believe you should act as a witness at the trial,” she said.

Apparently, I won’t have a new pair of pants to wear on my birthday.

2 thoughts on “My Birthday Pants”