—I have always been a peaceful person. My teachers took a while to remember that I was part of their class and the other students to notice my presence.

During the entire time you are in school there’s a file where the teachers write their opinions about each student. In my case there were two opinions repeated year after year: lack of communication and lack of vocational orientation. Both were correct.

However, underneath that person in the shadow there was a restlessness that began as a child and until this day I can’t name.

I remember now the first sign of that restlessness and the sensation that came after it led me to take my first leap.

It happened when I was in fifth grade. I was 12 and studying a poem by Jose Marti, who even at that time of ingenuous ignorance we recognized as a national hero. 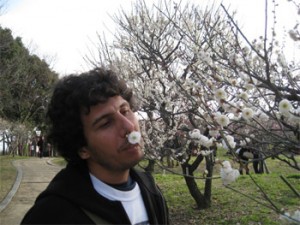 The poem is titled “Yugo y Estrella” (Yoke and Star), a poem I liked a lot and that moved me to tears without knowing why. What happened then was that the teacher that taught literature told us that the yoke that Marti spoke of was a symbol of capitalism and the star of socialism.

I didn’t know what that meant, but what I did know is that the poem wanted to say something larger. I had the nerve to tell the teacher that I didn’t agree, that for me the yoke was everything that didn’t allow people to be happy and that the star was what guided people to that happiness.

The result was a meeting with my parents for ideological problems.

However, this altercation riff raff didn’t have any serious consequences because the teacher once again forgot my name as I returned to my silence.

But something had happened that marked my distance from the other students and my difference of opinion with the teachers. I know now that it was my first leap. There would be more to come.