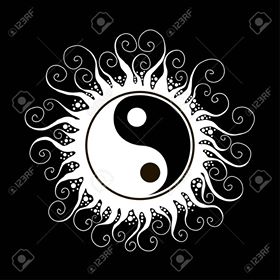 HAVANA TIMES – Lately, I’ve been reading the views of different philosophers throughout History about the evolution of good and evil. According to Utilitarians such as Francis Hutcheson, “That action is best, which procures the greatest happiness for the greatest number” and he transformed this into the definition of good.

If you look at the radicalization of the Cuban Revolution from this point of view, it left minority groups out of the equation, and was the reason why it gained so many followers. Of course, when we look at this phenomenon from afar, there are great rifts between this glorious past and the disastrous path Cuba has taken. Populist measures were taken.

I’d like to talk about the concept of “citizen”, today. According to the Greeks, you couldn’t be a citizen without being politicial. The word “politics” come from the Greek word “polis” = city. Police and cosmopolitan also derive from this word. Politics is the art of citizens, social art, the art of living in society.

That said, what were the political prerogatives in Ancient Greece? These correspond to the citizens’ right to participate in political affairs.

What were the legal prerogatives? One of the citizen’s fundamental privileges was the right to property and access to courts and legal safeguards.

When did we stop aspiring to be citizens and turn into slaves? It’s important to note that very few Cubans were landowners before 1959. However, determination, the driving force of the class struggle and the important role of Cuba’s union movement, expressed these ideals. This is why Fidel Castro began with the agrarian reform process, giving out parcels of land to farmers.

That said, this intention disappears when the concept of private property was made obsolete, and replaced by the State. Our problem is still rooted in the nationalization of US companies and the expropiation of the middle and upper classes. In other words, the politics of looting or Robin Hood.

Why don’t the Cuban people rebel? Those living abroad often think that those of are living on the island are either sheep or cowards. According to Nietzsche, there is a comfortable oblivion and a lack of historic spirit amongst his contemporaries. The concept of good breaks away from plebeians being “noble” and “evil”. Notions of “good” are established and organized into a hierarchy by aristocrats.

Why did Cuba’s upper middle class and wealthy flee in 1961? For the same reasons that the working class did in 1980, 1994 and 2015 with the crisis of Cubans stranded in Central America. Because Fidel Castro introduced an authoritarian regime. He repeated the same structure: chopping off heads and digging his heels in whenever he saw his power under threat. However, migrants gradually moved away from the landowners, who, as a result, don’t consider them citizens either.

Our fellow Cubans in Florida respect the 1940 Constitution, in which stipulates that if a person leaves the country for over 30 years, they lose rights over their property. I have read some comments about this, whenever I have posted these questions on my Facebook wall. They argue that they didn’t leave the island out of their own free will. That the Revolution forced them to leave.

Those who conquered Miami were the first ones with legal status, which the US government granted them because they were political refugees.  They left with intangible heritage, they spoke English, others had done business with US companies from Cuba. We can deduce that it wasn’t so hard for them, especially during a time when capitalism presented other advantages, such as wealth accumulation.

I’m not trying to minimize the tragedy. This isn’t necessarily a synonym for happiness. There is nothing more traumatic that having to suddenly leave your land and leave everything you own behind. Especially well-to-do ladies as we say here in Cuba, who had never had to work a day in their life and ended up working in factories.

However, am I to blame, 61 years later? My father is from a rural town and he enlisted in the army to get ahead. The Cuban Revolution gave him opportunities, just like it did to many other people from provincial towns, where he tells me there was great poverty.

Yet, it’s been 15 years since my father has seen his rafter son. Do you think that even those who have defended the system for their own reasons, haven’t suffered loss as a result of totalitarianism? My father was in a war that had nothing to do with him. He fought in Africa. Why is it that when we speak about the grief of the exile community, only tangible property counts?

Who will give me back the 11 years that I didn’t see my brother? He was refused entry here in Cuba in 2007, because he had left illegally. He doesn’t want to be humiliated again. I was able to see him again thanks to the visa program during Barack Obama’s term in office.