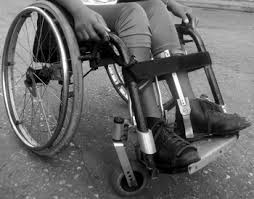 HAVANA TIMES — As a physically challenged person, I’ve seen many things, and many haven’t been so good. If we add the time I’ve been a member of the Cuban Association for the Physically Impaired (ACLIFIM), dealing with people who, like myself, endure motor disabilities, addressing their social, material and even spiritual needs, we could say I’ve basically “seen it all.”

That’s not exactly the case, however. I became convinced of this not long ago. A new admittance to the association stirred up my sensibilities, my maternal side and, most of all, my condition as woman. She’s known as the “fighter,” for the simple reason she was born struggling for life. She’s ACLIFIM’s youngest member, only a few months old.

She was brought into this world at the sixth month of pregnancy, under specialized obstetric care. Following birth, when the doctors though she was away from harm’s reach, she began to suffer from diarrhea. As newborns tend to have these kinds of problems, it looked like a common complication, but they admitted her all the same, as a precaution.

A few days later, however, I knew a different girl had been discharged from the hospital.

That’s where I realized life can bring surprises: you’re healthy one day and that can change in the blink of an eye. It can be something as common and curable as a case of diarrhea. It doesn’t matter how old you are.

A case of gangrenous sepsis forced doctors to amputate her legs: one at thigh level and the other below the knee. In addition, the serum they had to administer caused movement problems in her left hand. This condition isn’t common among babies, but she got it.

The care she’s received has been excellent. She’s already being rehabilitated so she does not lag behind other children her age. The mother is receiving psychological assistance, as she’s extremely shaken. I’ve been assisting her as an ACLIFIM official.

With a knot in my throat, I explained to her that life is the most important thing and that her child had survived. Though there’s no comparison, I told her of my life experiences and those of others like myself. Even though she’s going to be different, she’ll be able to realize her potential as a human being. She will have the help of society, the government, ACLIFIM and, most importantly, her family. She won’t be alone.

I said all this, but, since then, I have felt a heaviness on my chest, and tears pour out of my eyes from time to time.