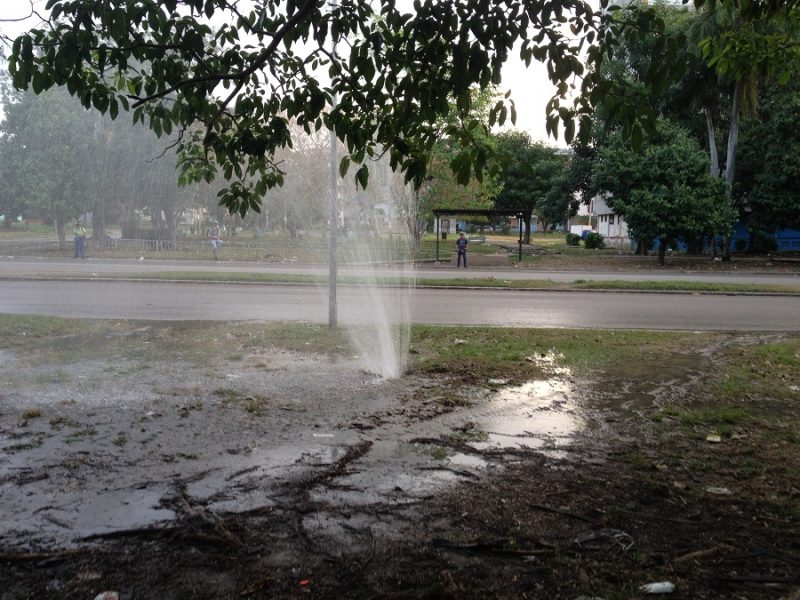 HAVANA TIMES – We all know how important water is for living. Ever since I was a child, we were told just how much at school, and we all grew up learning how to use it to wash our bodies and everything else we need to do in life.

According to scientific studies, humans can survive longer without food, but they can’t go without water for as long. It’s the same for every other human activity and for the entire planet.

For many years now, there have been energy-saving campaigns in Cuba’s national media. Drop by drop, it’ll surely run out, we’re told over and over again, yet it seems that this has become a hollow slogan, which people hear and even repeat, but don’t internalize.

In our everyday lives, along any walk down any of our island’s streets and cities, no matter what province you’re in, you will find drinking water leaks (sometimes even mixed with wastewater), spilling everywhere.

My daily experience tells me that this isn’t the population’s problem, although it is in part. Many water leaks have to do with broken pipes in the middle of the street, which take hours and even days to repair.

One on Sunday at 7 AM, walking in the Bahia neighborhood, I stopped when I saw a strong outburst of water that had been gushing out all night and was in the same state as the morning drew on. How many cubic meters of water were wasted? I was surprised by my neighbors’ indifference, nobody could cover it so that the water wouldn’t come out, nobody seemed surprised or worried.

A neighbor told me that they can’t fix the pipe in the street, that the state-responsible body must come to sort it out, and it had been reported many hours ago.

Conclusion? Water was being lost. I’ve seen many leaks that look like fountains, spouting water out at any time of day and for a very long time, in the middle of the street.

So, what good is all the TV propaganda about energy-saving if it’s not to look after the water we do have? We might be able to (even if it takes a lot of effort) to get rid of leaks in our own homes, and to consume less water, but what about the water loss that doesn’t have anything to do with us?

How can we demand Aguas de La Habana or Communal Services to come swiftly and take action to stop the waste? It takes days sometimes for pipes to be fixed, and they continue to lose water that entire time. We are all a little to the blame when it comes to wasting water, some are indifferent, and others are very responsible.

One thought on “Drop by Drop, It’ll Surely Run Out”