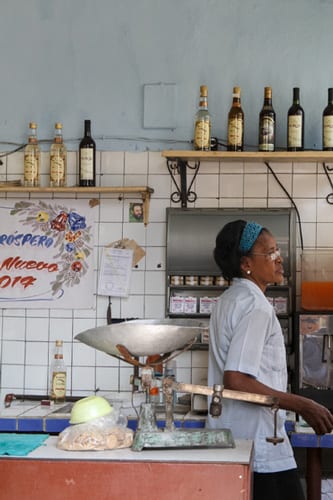 HAVANA TIMES — It’s incredible how many Cubans are unable to forget the 80s, when there was no shortage of food on the island.

This is something I noticed during several visits to the hospital where my leg burn was being treated. During the long wait, many of those there spoke of different things, criticizing the government and, most especially, stressing the problems that the elderly face today.

A woman who was around 70 didn’t mince her words to speak of how poor she was and all she had to do to make ends meet on her 200-peso (less than US $ 10) pension.

Another elderly woman told us she sells peanuts on the street, because her pension isn’t enough to live on. To do this without a license, she has to constantly hide from inspectors. If they catch her in the act, they show no mercy and can fine her at least a thousand pesos.

After speaking of some of their daily problems, they would invariably bring up the Russians and enumerate all of the products that once filled the country’s stores: the converses of every kind, the apples, the 20-cent loaves of quality bread, the fact an egg cost 10 cents (and now 1 peso and 15 cents), the broad variety of hams, the cheeses and the condensed milk (which today is only a shadow of what it was then).

They would speak of the past non-stop, in the middle of a hallway with barely any ventilation or seats, where they had thronged since early in the morning, waiting for the nurses (who never arrive on time) to treat them.

At one point, I said to them: “Don’t worry, we no longer have the Russians, but now we have the Chinese and, in a little bit, the Americans will take care of us.”

Most of the people there paid no attention to my comments. Many believe things will go on the way they are, or that they will get worse.

I don’t, I believe there are many changes still to come. I suppose it’s just a matter of time…don’t you?

4 thoughts on “Cuba: Remembering the Past”