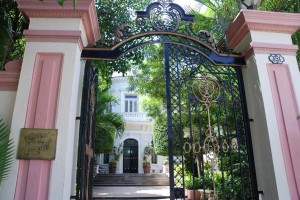 HAVANA TIMES — Once again, I’ve experienced censorship and barriers firsthand in my career as a writer, I won’t go into my experiences as a photographer, filmmaker or performance artist (which aren’t taken into account either), because this time I’ve been stabbed in the back because of my writing.

It just so happens that on July 8th, I went to Cuba’s Writers and Artists Association (UNEAC) headquarters, along with a colleague of mine, to find out whether they had accepted us as members. We’d applied for membership some months ago and we were very anxious to find out the results.

More than anything, I was interested in joining for the simple fact that as a member I might have the opportunity to publish my work with the organization’s Union publishers, that’s all, although some writers I know had told me that even this was a difficult task to achieve at this institution.

I was confident in my chances of being chosen to become a member because I had everything they were asking for on my CV, several awards of relative importance, two published books, and one of those books had even won an award and I’m a graduate from the Onelio Jorge Cardoso Literary Training Center.

To my surprise, when it was time to get our results, I found out I’d received a “no”. The secretary told me that I could appeal but I decided against it. What good would it do?

What struck my attention the most though was that my colleague had been accepted, and I’m very happy for her, it’s just that she only had one poetry book published, and her CV is quite thin. She herself recognized this and she left puzzled because she never thought that she would get accepted.

I guess they must have put me through some kind of filter, searching my name on Google. And if they didn’t, which I doubt greatly, I’ve written for Voces, Diario de Cuba and Identidades and I’ll continue to write for any website I choose, because everything I write forms part of my life and my history. I’ve never twisted anything I’ve written, I’m just a human being who exercises his right to express himself, and I do it without relying on anybody. We all have the right to express ourselves freely, don’t we?

Right now, I don’t care about the decision marked by censorship and injustice, it doesn’t affect me, because up until now, I’ve never known what it’s like to be a part of the UNEAC. I see this institution as a place where there are indeed a lot of talented people, but it’s also true that mediocrity, hypsocrisy and fake morals also rule here. In fact, a lot of us have heard the macabre stories that come out of this culturalized cave.

I don’t belong to the UNEAC and I’ll never belong, and for that reason, I’ll never stop writing as I please, writing about what I think, and I wouldn’t like to be sat under the watchful eye of an entity that is constantly scanning through my work. You just have to read UNEAC’s articles of association to realize this.

The truth of the matter is that this decision confirms the fact that we continue and will continue in the same boat. Freedom isn’t even breathed in our cultural spaces, not in our expression nor anywhere else.

I’m glad, I’m sincerely grateful that I wasn’t chosen. Today, I feel like a huge weight has been lifted off my shoulders, I feel a little free because I’m not attached to anything, I’m only attached to my ideas, to my literature and to my art in general. Thanks UNEAC.

2 thoughts on “Have I Been Marked?”