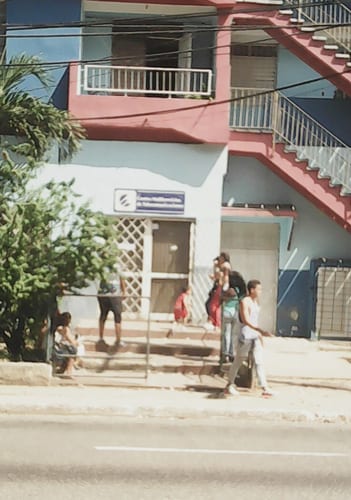 HAVANA TIMES — I’m glad to say it, but it also worries me and scares me, because having a mobile phone in Cuba is a luxury and not a necessity. Many of you will know how much a mobile phone actually costs here in our country and the ones sold to us by ETECSA, even though they are discounted, aren’t of the same quality as those sold new on the international market. They also remain largely inaccesible to the majority of the population, who only earn a miserable salary.

It’s incredible how something so simple like having a mobile phone becomes a complicated matter here. When I watch films, from the US or another Latin country, it strikes me to see school-aged children with a mobile phone in their hands already, whilst I, practically an old person, have just managed to get hold of one and not easily.

A simple mobile phone connection in Ecuador costs 2 USD, whilst here it costs 40 CUC (46 USD), an outrage, not to say a robbery.

Yes, I finally have a mobile phone which I paid a lot of money for and then I had to wait a few months just to be able to buy the connection. But that’s ok, it doesn’t matter that you feel bad, fed up or wanting to slit your own wrists because of everything we have to endure in this country which is progressing… Progressing? Well, that’s what I heard someone say on the news.

The truth is that ever since I have this little gadget, I’ve spent more money than I do when I go to the agricultural market because an hour’s worth of Internet flies by and telephone calls are expensive.

In a nutshell, I’m happy to join the ranks of those who have a mobile phone in Cuba, but I also curse myself because it’s not only money that vanishes into thin air and ends up with the great monopoly that is ETECSA but time. When I went to the ETECSA office in La Lisa municipality, I had to wait in line for three hours just to walk through the front door.

If you ever go there, you’ll realize that it’s not made to make customers feel comfortable. On hotter days, you burn outside waiting your turn to be seen because there’s nothing to protect you from the scorching sun.

And once you’re inside, you discover that they do in fact have air conditioning and you realize why it takes forever to see people; bla, bla, bla, all they do is talk and talk about the most trivial things.

On one of my more recent visits to top up my Internet card, a person had brought a suitcase full of clothes and all the female workers gathered around to inspect pieces of lingerie, towels and lip balms whilst the queue of paying customers who give these people jobs grew outside.

But they don’t really care about that, they’re working with the air conditioning on and I’m sure they don’t have quotas to fill. They just do it to pass time by waiting for the end of the day when they can go home.

And I realize that I’m left stranded, with a mobile phone or without. People think things will get better, but unfortunately, they’re wrong.

9 thoughts on “I Finally Have a Mobile Phone”