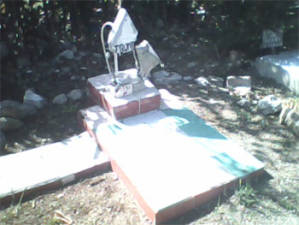 HAVANA TIMES — The “Dog cemetery,” in addition to accommodating the bodies of the pets of people in the Alamar community, serves as a convenient place for criminals to commit and conceal their crimes. Though the facts I’m referring to don’t happen every day, they are in fact repeated and have been ongoing over time.

To cite just three examples, I can mention the beating of my own mother, which occurred there when I was still an infant; the killing of a man there and the burning of his body on that very same spot; and the recent discovery there of the body of a teenager after the boy was reported missing a week ago.

I can’t imagine what his family is feeling right now; nothing compares to the loss of a loved one. Though death is an unavoidable event in people’s lives, when it occurs early and unfairly — like in this case — it’s tremendously painful.

Sources close to the matter, though unofficial, point to a former boyfriend as being the murderer, with this case seeming to be complicated by additional deaths. I hope the person responsible for these acts is duly apprehended and tried. 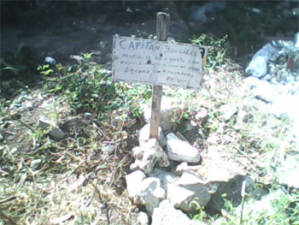 The Dog cemetery is very close to my house. It’s along a steep and narrow alley that drops down to connect our area with Alamar. At night it stays dark over there and in the day it’s relatively isolated, so it functions as an ideal hideout for crime and criminals.

A few months ago, when I was coming back home at around midnight, I ran into a young guy coming out of the alley all worked up and saying that he saw someone hiding in the bushes. Couples sometimes take advantage of the solitude of the place, though they don’t cause anyone any harm.

I’ve gotten tired of asking the city for more street lighting and monitoring of this site and of my general neighborhood. I’ve gone about it properly, raising my concerns at the neighborhood meeting with our elected delegate as well as through individual meetings with the delegate himself. But so far the results have been nil.

I know that this measure won’t mean the eradication of homicides being committed in the relatively quiet Alamar neighborhood, but I think it would help eliminate one more site that criminals use to conceal their wrongdoings.