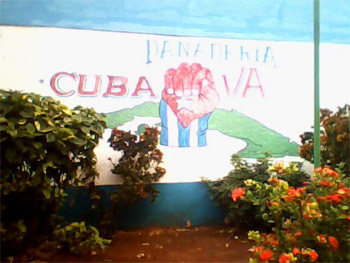 HAVANA TIMES, Feb 13 — They say that Cuba is the best place in the world to live. I’m sure, though, that this affirmation is merely a rumor spread by those in power. In addition to the rumors that hatch on the street (from the right, left or center), there are also the ones planted by our officials.

Later they like to feign innocence when it better suits them to shirk their responsibility for the social chaos we face. Instead, they’ll point to safe streets, equitable distribution, free services, low prices, health care, education and culture – benefits that are almost absolutely verifiable.

Yet what’s more subtle and damaging is the apathetic spirit that has taken over Cuban society. We see generalized apathy for work, study, being responsible, showing respect and finally for all actions in life that are related to virtue.

However, what’s most shocking is the lack of interest we suffer when it comes to receiving. I find it amazing since selfishness is present in human nature, as well as in the animal kingdom.

I’m not saying that selfishness has been lost. Rather, apathy has reached the point to where people who receive benefits want them without lifting a finger. In other words, to many people the slightest sacrifice to improve themselves or to get ahead isn’t worth the effort.

Examples abound: my pupils at school don’t want me to teach them their lessons. Residents who are required by housing inspectors to comply with certain code requirements hurry to find fault with their professional judgment. Vendors collude among themselves on prices so they don’t have to compete.

At my house, we don’t answer the door when the crews come to spray for mosquitoes. The buses that usually charge five pesos don’t want to stop outside the bus stops to pick up passengers. Collective taxi drivers prefer an empty taxi to lowering their rates.

Kiosk vendors don’t work on Sundays. At six in the evening of weekdays no businesses are open. Sellers prefer not to sell to you if your bill is too large. The majority of bus drivers don’t care about collecting the fares.

I could go on with the list — it’s endless — but I prefer to conclude by pointing out the root cause of all these actions. People have begun to disregard those little favors and courtesies because they now consider them useless or alien.

These are the vices of a socialist society hit by the Special Period crisis.

Admittedly, I don’t have the answer. In fact, I can’t imagine any change that could fix the majority of these problems.

3 thoughts on “Apathy among Cubans”