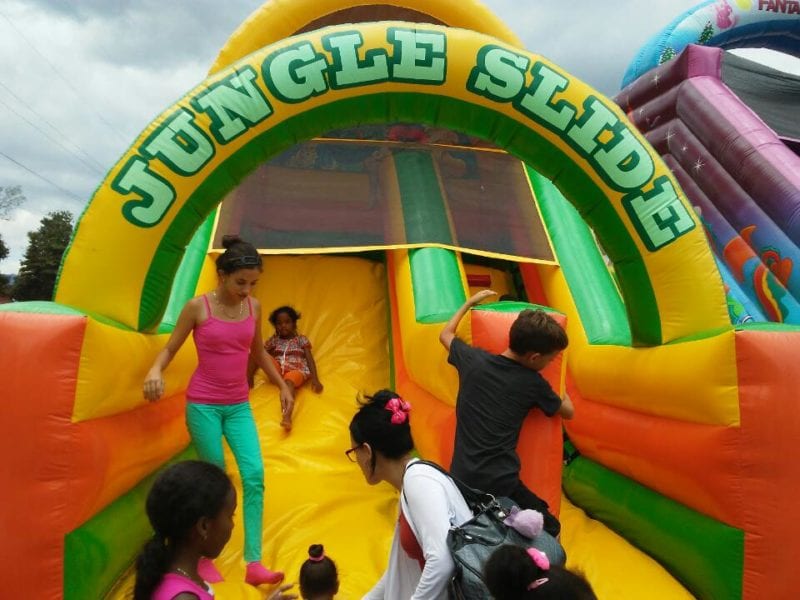 HAVANA TIMES — On August 3rd, my youngest daughter, Alisay, turned 3 years old. I had thought about buying a cake and a tub of ice cream to sing “happy birthday” at home with the family, but something better seemed to pop up. A car/bus (a Cuban hybrid form of public transportation) was rented out by the neighborhood next to ours, to travel to Santiago de Cuba and I was able to put the names of my wife, children and I down. Taking children out is any family’s main motivation.

Like in any other Cuban municipality, the children’s park here in Mayari is very rudimentary, all rusty and nothing really works. In Santiago, there is a much bigger park, which I’m sure is the second biggest after Lenin Park in Havana. It’s one of Cuba’s priority cities, along with the capital, even more so after it became the final resting place for the late Commander-in-Chief Fidel Castro’s ashes.

We went to the El Cobre Church and to the Santa Ifigenia Cemetery. I will write an article about each of these places with my impressions. But, now I will take the opportunity to talk about our last and most important destination: the zoo and theme park.

They are both very spacious places, with abundant vegetation and many benches to sit down on and rest, in spite of it being in a densely populated part of the city, San Juan. It is located on the very hill that shares the same name (from before it was populated), where US troops installed the canons they used to attack the city in the 1898 Spanish-American War. This is where the canons still stand in an open-air museum, which is a very nice place full of plaques. 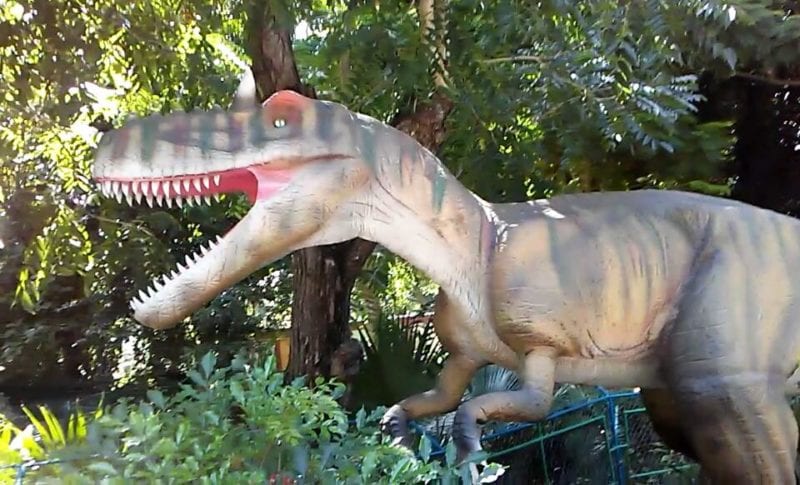 There are many animals, mainly monkeys, birds and large mammals. The lions were extremely thin and they stank. However, zoo employees told us that this was normal, that they eat properly. However, a dinosaur that had been brought over from China was the most attractive animal there, which really does look real. It moves its head and tail, opens its mouth and makes sounds. Children get really excited.

A path connects the zoo to the park and there is quite a bit of difference in altitude between the two, which is overcome by stairs. On top of this raised mound, you have the Ferris wheel which is the highest point in the whole park and you can see the whole city from it. In addition to the natural mound, it is approximately 40 meters high. It’s a great framework of old iron rods which are quite frightening really, although we trusted that they are checked regularly.

When you go down to the largest part of the park, there are also quite a lot of fun things to do. The rides look newly-restored, they look very safe. A train carriage on a railway track is a toy store. Another carriage, a plane and a bus (all real) are air-conditioned rooms with computers to play electronic games.

There were several well-ventilated restaurants at both the zoo and the park (they don’t have walls, just a bit of latticework), and they didn’t have lines in spite of the crowd. There were also lots of kiosks selling all kinds of sweets, sodas, food, ice cream etc. Mostly in CUP (Cuban pesos). Only two or three of them were in CUC and they had the least to offer, surprisingly. 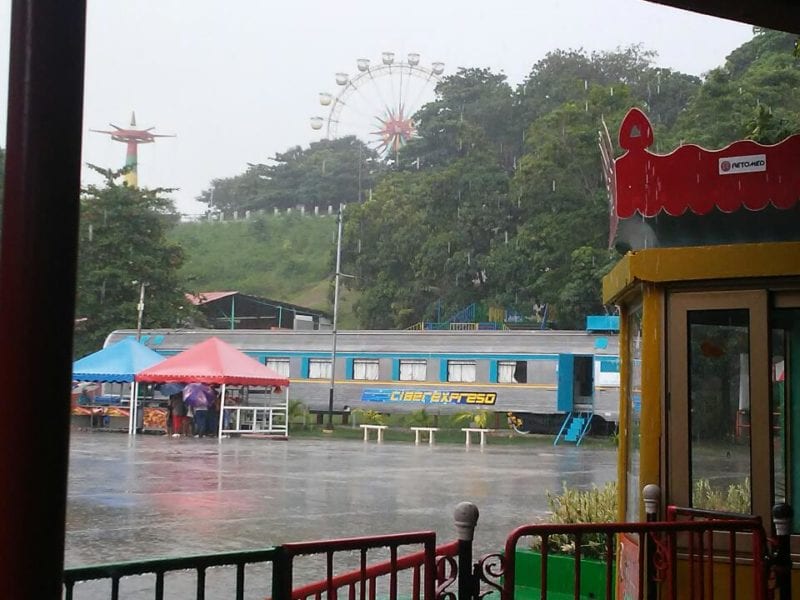 Even expensive things weren’t as expensive as they are out on the street or at everyday cafes. There have a slight but significant discount, which they call “modest” or “affordable” nowadays. A sherbet costs 2.50 CUP; a soda in a bag, 1 CUP; a 1 lb (!) packet of decent sweets, 10 CUP; ice cream costs 0.60 CUP per scoops at some places (with a line) and 3 CUP at others (with no line); fizzy sodas cost 10 CUP per can, and they have them in every flavor, never running out. Lots of different kinds of sweet and salted biscuits, which cost 10 CUP per pound. And many other things which never run out. Creole food, in abundance, costing 25 CUP per box, with a decent portion of the main course.

Within Cuba’s desert landscape of options, shortages of any and everything and exorbitant prices, these kinds of recreational facilities are like an oasis for children and parents. And it’s good to take a small leap to another city where everything looks clean and renovated, even more so when you live in a municipality full of potholes, unpaved streets and zero recreational activities. Santiago de Cuba city looks a lot better than Havana does nowadays.

My children enjoyed themselves thoroughly, they had a whale of a time and they ate all of kinds of treats. They bled my wallet dry, but I was happy that I could give them such a special day. Little Alisay wouldn’t have had as much fun had we stayed at home and had a modest birthday. But one thing was for sure, my wife and I came home absolutely beat. Because of all the hustle and bustle as well as the truck/bus, which isn’t comfortable in the slightest. However, as a Cuban, having to work hard to even have fun is normal and almost forms part of my DNA.

At least this opportunity came up and was in keeping with my budget (well not even that really). There was no other choice for this humble, independent journalist, who is ironically and unfairly labeled a “mercenary” and “on Imperialism’s pay-roll” by those who repress me from time to time. Which is a great irony really because they, the proletarian avant-garde, are the ones who go on these family trips in modern and air-conditioned cars and stay at hotels and resorts meant for international tourists.

3 thoughts on “A Family Birthday Outing to Santiago de Cuba”