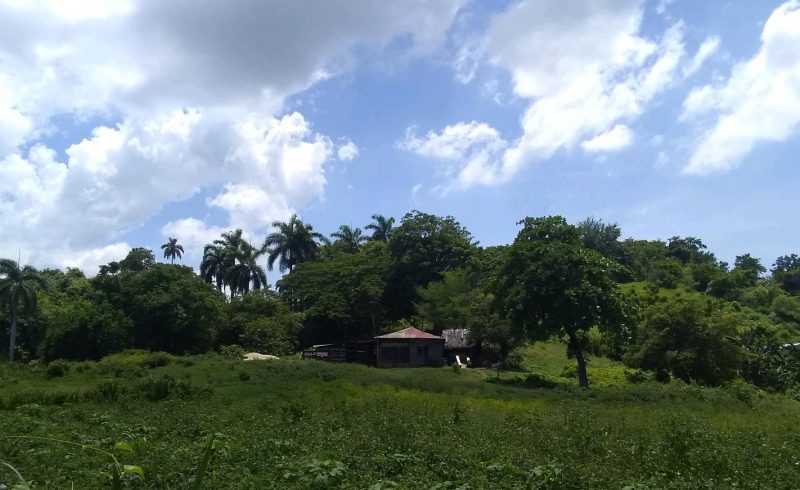 HAVANA TIMES – For two days straight, my mother-in-law Cecilia Carballosa Beltran’s house and farm, where my two brothers-in-law, Yasmany and Luis Alberto, my father-in-law and 14-year-old sister-in-law also live, were victims of police harassment on June 19th and 20th.

They aren’t even the kind of businesspeople who have valid aspirations to grow that exceed legal limits of the self employed, or criminals: they are a household of honest people, Jehovah’s Witnesses and poor farmers.

“It’s one thing to watch other people suffer these injustices and it’s a whole different thing to experience it firsthand,” my brother-in-law Luis Alberto says, his voice breaking up as we speak about the experience they had with the police.

“Anyone with a trace of humanity will get upset watching these news reports, showing how the police go to places where people have prospered and then destroy their business, taking everything. And you wonder: what are these people left with? Can they carry on? Do they have debts that they won’t be able to pay off? The news never talks about this, but I have wondered.”

“Maybe they are left with something, but it’s worse if you are poor and only work; if you have practically nothing, and the police still come to take away the only thing you use for work. It breaks your spirit, fills you with rage. I have rage and feel powerless because the police really were abusers,” he concluded.

On the other hand, my mother-in-law is still jittery after that day and her blood pressure is high. “Everyone at home is having a rough time,” she explained. “These are tough times. I had to see my house full of police for two days, as if we were criminals. It’s not at all easy.”

“We were also given two ridiculous fines just to hurt us, at a time when we don’t even have money to buy things because they aren’t in stores and when you do find them, prices are through the roof; and the worst thing was watching my two sons -who are a couple of ‘poor things’! who only know how to work! – be taken down to the police station for a full day, and they took away the garden hoses that they had sacrificed so much for, which we bought at the State Hardware store for a lot of money, as if they had been stolen or something. It’s incredible.”

“Now, I see a police officer in the street, and I get nervous, as if I were seeing someone who wants to hurt me. I really am afraid. The police are supposed to protect decent and hard-working people like us, but that’s not what I feel; we really are more afraid of them than we are of thieves. Because you can take care with thieves, watching over your belongings, but the police come along and snatch your things from right in front of you. So, you can’t do anything and you languish of powerlessness,” Cecilia concluded, very upset.

This case of the Carballosa Beltran family isn’t a one-off. Ever since the outbreak of the COVID-19 pandemic, the severe economic crisis that the country has been experiencing from the past three years, has only got worse. The health crisis has served as a framework for greater limitations of the Cuban people’s already slim basic rights, and greater police repression. They even broadcast police operations and statistics in the media, as something that “benefits the population”. But things are very different in reality.

With respect for the Carballosa Beltran family’s case in Mayari, it really is ironic how the government is asking farmers to produce more food during this pandemic, on the one hand; then they stop farmers from selling their harvests to private distributors; limit the sale of farm supplies because of the financial crisis; and then on the other hand, you have the police harassing them and confiscating their work implements, which they bought with their hard work.