HAVANA TIMES – Anselmo isn’t the real name of the farmer who inspired me to write this article and take photos of his house and animals. But, that’s unimportant. He is afraid of being featured in an article online and I understand, but he isn’t troubled to share his story and way of life. That’s enough for him.

There are still some farmers who cling onto their rustic lifestyle, the kind that never miss “Palmas y Canas” on Sundays because they believe “it’s the only program that plays any decent music.” Their lifestyle is almost like a postcard of Cuba several decades ago. A landscape which is the result of poverty in many cases, but I believe is more cultural in many others. This is the way things are now, and the way they were before 1959.

Not everyone with sanitation and housing problems had these because they were incapable of having a better life, it was rather out of habit, a habit that dates back hundreds of years and is hard for them to shift in their heads first and foremost.

Anselmo is a living example of this. He has a good size little farm, 10 hectares, some cows, pigs and crops. He isn’t a very efficient farmer but he gets by and makes a living. However, he could have a better quality of life, but it seems he chooses to live this way.

“I have my savings in the bank, for when I can no longer work,” he tells me. “I get by with what I sell and my son also helps me out because he earns a lot with the business he runs in Havana. He has a private taxi and other things.”

“He turned out a businessman and he doesn’t like the land. I built another house in town in the ‘80s, but when I finished, I ended up alone and I even lost my marriage because she liked town life. I really like the countryside and the life I’ve always had,” he says a little nostalgic.

All of his neighbors agree that the old man has a lot of money, yet he seems to have the humblest abode in the area. Very traditional, a typical hut of the Oriente farmer, made with royal palm leaves and boards. He also has an iron pen right next to the house, for his cows and oxen. Something that is very modern in the Cuban countryside and not even Anselmo and his conservative ways can go without because thieves are ruthless.

“I have been robbed many times and I had no other choice but to build this strong pen. But, you also have to be on the lookout in the pasture because the other day I went home for a second and when I came back, a cow had been taken.”

“I ran after the thieves and luckily, the animal had got stuck in the mud of the stream which had swelled the night before. The damned thieves had to leave her when they saw me coming. Poor cow, I had to cure her because they had hit her with a machete to get her moving out of the mud, and she had been cut. The thieves are really a pain, they don’t give you any respite.”

So, this unusual Mayari farmer spends his life facing thieves and working hard for his animals and crops. A strange farmer nowadays, that’s for sure. A kind of living cultural fossil of the Cuban countryside.

Most people in the countryside today are like anyone from the city, there aren’t really any differences between them: they dress the same, they build similar homes and they listen to the same music. Even reggaeton! 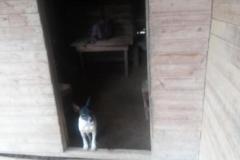 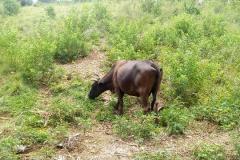 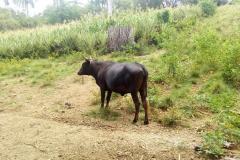 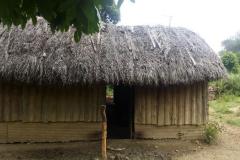 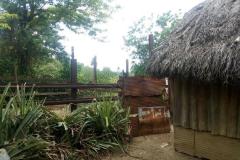 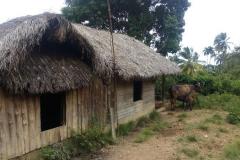 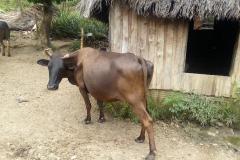 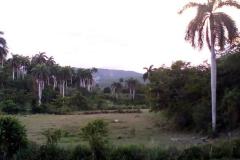 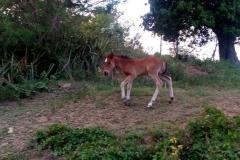 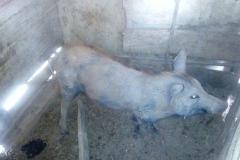 4 thoughts on “A Traditional Cuban Farmer”

Chevrolet on 23rd Street, Havana – Photo of the Day

Five Years in Prison for a Cuban Proposing Elections