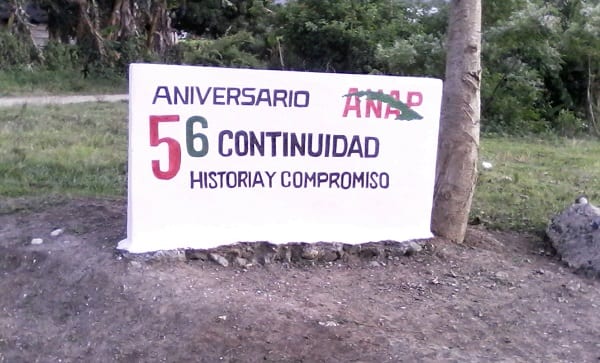 HAVANA TIMES – Over the past two years, I have written about corruption and the poor management of my cooperative called “Desembarco del Granma” in many articles. I have placed special emphasis on the powerlessness of farmers when they don’t have the support of ANAP (the official small farmers organization), who they legally depend on a great deal. Without the consent of Cuba’s official farmers’ organization (the only organization permitted), laws and regulations have no real meaning.

Over this long period of time, farmers’ interest in sorting things out were crushed by the unusual and inexplicable interest of the municipal ANAP to keep its current management in power, who were clearly violating basic financial transparency laws and were not undertaking any economic projects.

The economy has only been kept afloat thanks to tobacco farming, which is a long-standing tradition in this region and only has problems relating to things that the cooperative is obliged to do. And it took a bad year because of heavy rains, like last year, to reveal the weakness of depending on just one crop and not having work focused around the marketing.

After many complaints and pressure in a dangerous battle (for me even when trying not to be a protagonist as I am an independent journalist and therefore a threat in the Party’s eyes), many other farmers have been put on blacklists and taken to trial by the corrupt and complicit all-powerful officials. However, the knot is finally being unloosened.

On Tuesday November 20th, there was a meeting in which farmers received the long-awaited and much-needed support from above (the Municipal Agriculture Delegation in this case), to unravel the corruption and restructure the cooperative’s management. ANAP didn’t stand in our way for the first time. They had always blocked us at previous meetings.

I guess that so many farmers were repeating the same complaint that bodies that normally act and take heed of ANAP’s warnings (non-existent in this case) may have realized that it was too serious and drawing too much attention. And they decided to take action, albeit slowly.

It was the first time that we heard leaders speak in accordance with the law, tackling illegal activities. They spoke and took swift action, not handling it with the complicity and conspiracy that the provincial ANAP did a few months ago. This is why, instead of resolving the crisis, they only made it worse.

The Ministry of Agriculture is the one who finally put the brakes on and has unravelled this knot that corruption had tied so tightly. And even though it came late, justice was served. They irrevocably dismissed the former leaders and were firm on calling things for what they really are, upholding the Law, and promised to carry out an in-depth audit.

And if anyone still doubts the importance of free journalism from the shackles of the political party, I can tell you that the day after that happy meeting, Wednesday 21st, I received an unexpected visit. The Ministry of Agriculture, who came in the form of two provincial officials and one municipal one, who were also accompanied by two members of the cooperative’s new Managing Board, came to give me an in person response to what they believed were my “complaints” that I had published in my articles.

It was a very polite and respectful meeting, in which I didn’t pick up on a single ounce of hostility or hypocrisy. These officials were really doing their job well and any former prejudice I had dissipated when they interviewed other cooperative members before me.

They told me that my complaints had grounds and they promised to continue investigating all of these illegal acts and to take everyone involved to trial. They appeared to be clear about the responsiblity of political bodies who prolonged problems and prevented a solution at the cooperative’s own membership assembly. A very serious problem because they are there to do the exact opposite.

We didn’t discuss the real causes of everything though of course, that wasn’t the purpose of our conversation. It’s also worth remembering that the cooperative’s corrupt board was the same board that was improvised and imposed six years ago, to prevent my leadership.

The Municipal ANAP and farmers had tried to convince me to take on this role for months beforehand, and I finally accepted. I wasn’t an independent journalist back then but State Security was already looking into me because of my democratic socialist ideas, which I had written down in an essay. After a sudden and mysterious meeting, everything changed and they blocked my promotion, which didn’t negatively affect my personal life, but it was detrimental to our cooperative.

After that, they have done everything they can to prevent me from holding any leadership role, whether that’s at the cooperative or in my community. They have taken me off of candidate lists in both cases, they have advised members of electoral commitees to tell people “anyone but Osmel, it can’t be him”, when they go to nominate. They have gone to great lengths to ensure this and people are still nominating me, to no avail.

And in order to keep their impunity, they have even tried to use me as a scapegoat so as not to dismiss corrupt leaders, which has been prevented thanks to my diligent complaints in the articles I publish. They even played with the idea of ceasing my membership. This is why many people believe that all of this complicit cohabitation with corruption in the cooperative was to essentially prevent me from holding any official leadership role. I am sure that this isn’t the only reason, as values have been lost in nearly every sphere and conflicts of interest overlap lucrative endeavors.

Let’s celebrate this victory for now. I am personally very happy that I could be useful as a journalist to finally loosen this “knot” of corruption because it was extremely tight!