HAVANA TIMES – Perhaps Havana residents don’t even pick up on it anymore because they’re so used to it, but whenever somebody from Holguin visits the capital, we really are taken aback by how dirty it is. It’s shocking for us to see garbage dumpsters overflowing to the point of having more outside than inside, to the point that it blocks part of the street. This rarely ever happens in Holguin.

The reality is the centrally-planned economy is very dysfunctional and despite having a budget, it hasn’t been enough to ensure the purchase of garbage collection vehicles. Yet in Holguin, it’s been proved that despite this, determination, and a culture of cleaning up count and make the difference.

I was recently in Holguin, the provincial capital city, trying to sort stuff out and I moved around the center and outskirts of the city a lot, and I was impressed by the lack of garbage piled up. I almost didn’t see any leaves on the street or sidewalk. People in Holguin are very well-dressed and clean too, it’s extremely hard to run into someone with bad body odor on the bus even.

They are worthy of admiration because of these things, especially when it’s very easy to fall into disrepair and get used to living “on the brink” amidst so much hardship. However, in the “City of parks”, as this beautiful north-eastern city is known, even though the Government doesn’t build enough houses or sell enough construction materials, people hustle to find a way and the reality is that most of these cement and metal sheet houses are in great living condition because of people’s own efforts.

It’s hard to find a house in poor condition, even in the suburbs. The difference with central areas during the capitalist era is public infrastructure: roads, aqueducts, sewage system and sidewalks, which aren’t present in modern areas of every Cuban city.

It’s interesting how you can see the difference between capitalism and socialism (in it’s radical centrally planned version) in Cuban cities and towns: the capitalist area with sidewalks, quality paved roads after all this time and aqueduct and drainage systems, including fire hydrants for firefighters. Meanwhile, in the socialist part of the city, there isn’t any tarmac, loads of potholes with puddles of water, there aren’t any drainage or sewage systems, and the water supply is either intermittent or comes via a tanker every once in a while.

Well anyway, getting back to the special case of Holguin, its tidy streets reminded me of Madrid’s when I was there four years ago and I was impressed by how clean it was, as if the trees were made of plastic and didn’t drop any dry leaves onto the immaculate paved ground.

Holguin isn’t as clean as the capital of Spain, of course, but it has nothing to do with our marvelous Havana that suffers from indifference and a lack of resources. There’s no doubt about it, a horrible combination, which luckily hasn’t happened here. 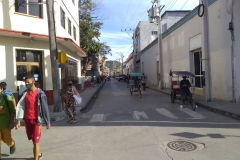 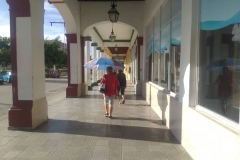 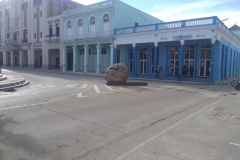 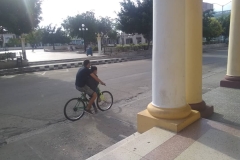 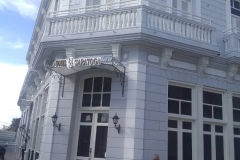 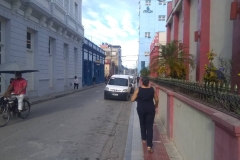 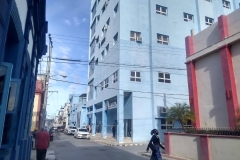 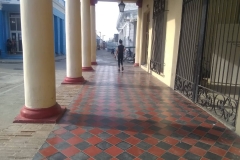 One thought on “Holguin is a Very Clean City, Despite Everything”