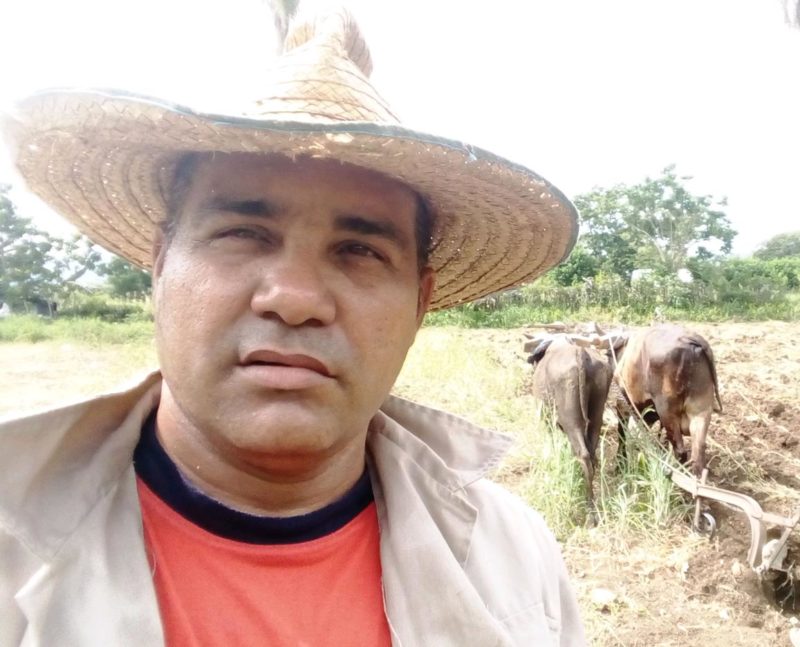 HAVANA TIMES – When the unusual rains in August damaged my cassava field that I had sowed, everyone told me to plow it up and sow it again. “It’s no good, it won’t be worth it,” many experienced farmers told me. But, I didn’t listen to them, or rather, I listened to them but I didn’t follow their advice.

“I’ll turn it into a multi-crop plot (polyculture),” I told them. “If Nature didn’t want me to have a whole cassava field, then I’ll salvage the plants that are still OK and plant some other crops in between, corn and pumpkins.” And, that’s exactly what I did.

The corn crop is actually doing great, ready to eat and make tamales, because it’s a short life-cycle crop (2 or 3 months). In fact, we already ate some at home last weekend. I also gave some to a man who helps me out and to the mother of my eldest daughter. There are still lots of ears of corn left.

The cassava crop, which is a medium-cycle crop (6 to 8 months) is taking a little longer to be ready, but it’s doing great too. And, to finish it off, my squash plants are slowly stretching out their crawling vines and taking over the field.

Polyculture has its own technique; you can’t just plant a group of different plants and hope that’s it. Different crops are sometimes incompatible, and you have to play with the timing between them so as to reduce or void any negative influences they might have on one another, as well as figuring out the best distance to have between each crop.

Corn, for example, is a “hot” crop. That’s how we farmers refer to it because when you have an advanced field, the ground underneath is ruined. If you plant corn densely and all at the same time, it can destroy the cassava and pumpkin crop, which grow more slowly. That’s why I only planted it densely where the cassava plants were ruined the most and very thinly where my cassava plants survived. 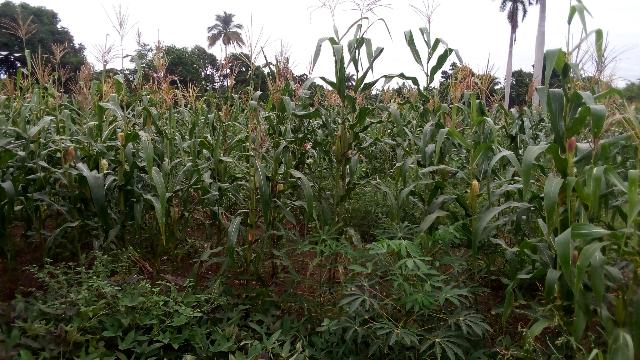 Squash is also an invasive species for cassava, but is weak compared to corn. Which is why I first planted some plants near the perimeter of the field, well away from each other. A month later, when the corn and cassava plants had grown a little more, I planted squash wherever there was some space in between them, where cassava was more abundant and corn sparser. Letting them grow and stretch out, without suffering or getting damaged by the other plants.

That is why I not only have corn ready to eat, I have small squashes on the first plants I sowed on the perimeter and they will be well-ripened in just over a month; and I expect that the other squash will be flourishing and “getting ready” about that same time, in a staggered way.

And, in just over four months, I will have collected my pumpkin and cassava harvest, at the same time. This way, I will recover what I lost with the initial cassava crop and double it with pumpkins and corn. However, this isn’t the only advantage.

From an agro-ecological standpoint, it’s a lot more viable because it keeps pests under better control. For example, corn is the main attraction for defoliating insects, which don’t do it a lot of harm, at least commercially-speaking, but they prefer it and they are more dangerous to squash plants.

As squash plants cover the land with their vines, they keep the soil moist for longer, helping cassava plants to grow better, as they are a root vegetable. It has been proven that they grow a lot bigger and plumper, as a result.

Plus, from a personal point of view, I benefit from polyculture because I can enjoy three different crops instead of one. Which is good for my kitchen and if I can sell the excess, I’ll have a variety of goods to offer. 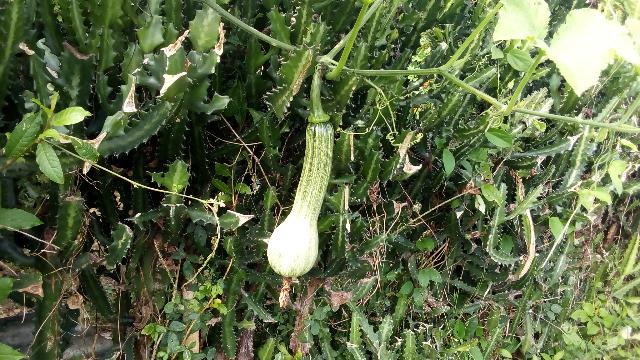 Neighbor farmers who criticized me in the beginning have already begun to praise my crop and say things like: “who would have said that this cassava field could be saved, you’re getting a whole load of squash and your corn turned out great, who would have thought.” To tell you the truth, everything seemed to have been lost after the heavy rains came, weeds covered the entire field and 60% of my cassava plants disappeared because of too much water.

However, setbacks in agriculture, like in anything else, can be reversed for the better if a better strategy is adopted. Far from crying for your losses, it’s better to work proactively and to make the best of what’s left behind, as well as the opportunities that those things we have lost for good provide us with.

4 thoughts on “Setbacks in Farming Can Be Reversed”