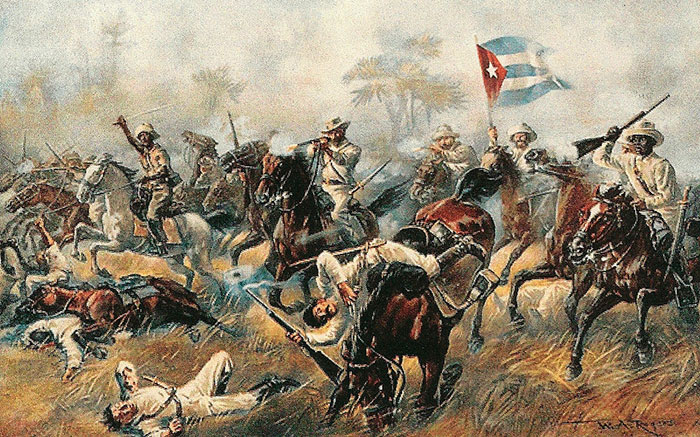 HAVANA TIMES – Rural Cuba has stories which, if compiled into a book of fables, would be called “Cuban rural mythology”. These are stories about peasants, especially, the elderly.

Most of these stories aren’t foreign to me, as I myself grew up in the countryside. I remember hearing stories about hidden treasures buried next to ceiba and palm trees, etc. Mines or buried chests filled with gold, according to narrators who followed oral tradition or were first-hand witnesses of these events, and made it their job to pass on the word.

Children from my generation would listen with fascination, especially because of our childhood curiosity mixed with the storytellers’ passion and unshakable faith. In the fields of Pinar del Rio, many people have a connection with the ghost of Roberto Bermudez.

Who was this man whose name is very well-known in rural Pinar del Rio?

If we are to dig a little into history, we can say he was a real person. He was born in the town of La Esperanza, in the former Las Villas province, back in 1871. He took up arms on February 24, 1895 displaying great bravery, quickly becoming a leader of the rebellion that the Spanish feared.

When the general Antonio Maceo kicked off his military campaign to take the war to the West, Roberto Bermudez went with him on his orders, as the head of the invading contingent vanguard, with the rank of Colonel already.

In regard to his feats in the western region, we just have to say that his troops occupied countless towns and on January 17, 1896, he was filled with glory when he became the hero of the Las Taironas battle, and named brigadier general by Maceo. He was only 23 years old and he had become the youngest of the rebel generals.

Maceo did this disregarding countless rumors about the atrocities that Bermudez committed on his conquests. The truth is that beyond his well-proven patriotism, there was a dark side to his character. He was an extremely bloodthirsty man.

Over time, his killing and execution of civilians, looting, burying chests of gold and later the bodies of those who accompanied him when burying them, blackmail, extorsion… came to light, which led him to face a military trial on General Maximo Gomez’s orders.

Up until then, Maceo had only given him a telling off or two, whether that was because of a lack of proof or because he needed a warrior of his calibre, but as we say here in Cuba: Bermudez “got out of his hand”.

However, when this reached Gomez’s ears, Bermudez was summoned to his camp, misled, as he thought he was being sent on a mission. Once he got there, he was arrested and had to face this trial, and he was found guilty for the crimes he was charged with. His defense was based on the fact that they were going to condemn him to death, but other leaders were doing the exact same thing. He was executed by firing squad on August 12, 1898.

Ever since then, a legend has been brewing about Bermudez’s ghost, which is said to roam Pinar del Rio’s fields, offering his treasure to anyone who is willing to use it for military glory.

People who are unauthorized can’t take this treasure, as there are two dead people protecting them, allegedly the people Bermudez murdered next to the mine.

In order to corroborate this legend, Rosario Mesa, a farmer who used to live in my neighborhood, used to tell everyone how he had the idea to dig up some treasure chests which, he said, were only a few meters away from his home.

When he started digging, he heard voices ordering him to stop. He ignored them and carried on, until he received a telling off and slaps in the face that left him terrified.

Did that really happen? I have listened to his story myself, in the presence of older adults. He was a serious man, not at all a gossip and all of his body language indicated that he was telling the truth.

I still have the fictitious image in my head from my childhood, when a combination of curiosity and fear made me think, time and time again, of Bermudez coming mounted on his white steed and offering me one of his treasures.