HAVANA TIMES – Some people think that you pay the price for your actions. If that were true, Cuba must have done something really terrible to the rest of humankind in order to suffer such a punishment. A country where you have to fight like a wild beast to make sure your most basic needs are taken care of. This is why when people ask you how you are, you say: “Here, in the struggle.”

To tell you the truth, I don’t think there is a moral God who gives our universe order. If there was, there’s no explanation why we live in such a cruel and merciless world where the evil are rewarded. Like those holding onto power for decades now here in Cuba, using deception and repression, living off their privileges and having opulent lifestyles, while most Cubans have to suffer all kinds of needs.

Everything is in shortage, in a nutshell. From food to medicine to treat scabies, to a simple sheet to cover yourself at night. Everything.

Years ago, a friend said to me: “There are only two problems in Cuba; hunger… and everything else.”

Nobody would be surprised if I told them “things are bad.” The reality is they have always been bad. At least for as long as I can remember. 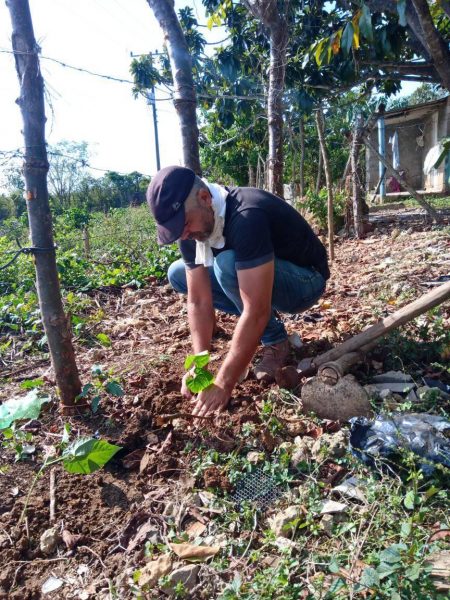 Well, anyway. Hunger is so evident that a PCC (Cuban Communist Party) leader’s comment has just appeared on the news on Cuban TV, admitting that food production has become a matter of national security. This is with censorship checking everything over!

I had taken this as a serious issue quite a while ago though. I took my first steps as a farmer a few months ago. Who would have ever said?

The thing is, with food prices the way they are, I had no other choice but to plant something. So, here I am. My father-in-law has a big backyard. He’s planted coffee, garlic, onions, cucumber, tomatoes, beans… even cassava. He’s a skilled professional, but he puts on his farmer suit in his free time and I’ve joined him. That’s what feeds us.

I recently planted a variety of bean known as the caballero bean (hyacinth) which according to what I could find out is native to Brazil but can be found all over our island in our country’s fields. It often grows in the wild. 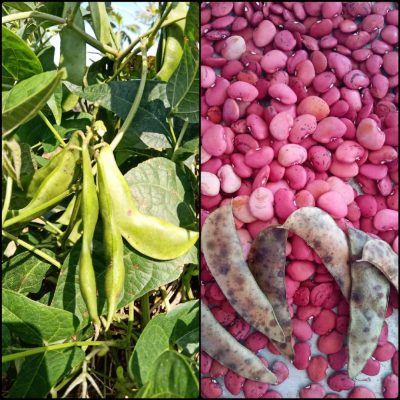 There is a variety with big red seeds, the ones that I mean. This plant sets itself apart for climbing up fences and it can be planted throughout the entire year, producing pods in approximately 80 days.

Unfortunately, a neighbor’s chickens ate the stalks when they were just beginning to sprout after clearing the land, fixing a fence and planting them. I had to put the seeds in again, this time in plastic bags and once the plants grew, I transplanted them next to the fence.

I am also working on cultivating a good banana patch. I do all of this on the weekends, even though I’m not a member of the ANAP (Association of Small Farmers). You get the irony.

UNEAC and all of these fake unions don’t defend or represent anyone. To give you an example, we have everything that happened with the San Isidro Movement and November 27th last year. UNEAC and similar associations are nothing more than instruments of control and repression against the Cuban people. Well anyway, that’s another story. Today, we’re talking about farming.

Read more from the diary of Pedro Pablo Morejon here on Havana Times.

2 thoughts on “Farmer Out of Obligation in Today’s Cuba”