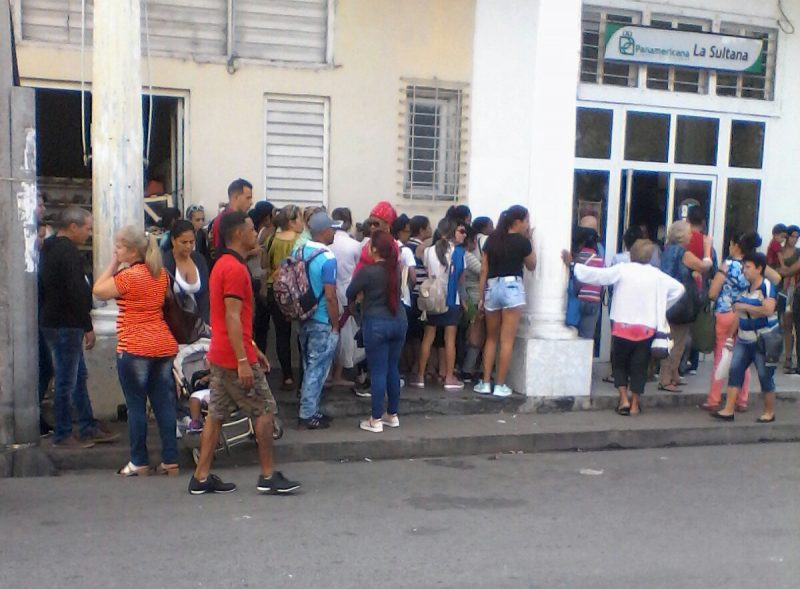 HAVANA TIMES – I live at the entrance of a small town and I rarely venture into the most densely-populated area. I normally go when I need to cut my hair. One of those days, I saw I long line outside the post office on my way back, like I do every other time.

I see this outside every post office or kiosk. The same thing happens in Pinar as well as in Consolacion del Sur, which is where I mostly go. And it isn’t anything new, it’s been like this for many, many years. People lining up to buy newspaper. Here, it’s mainly Granma and Guerrillero, the latter being the provincial Party’s paper.

It’s so everyday, that I never really paid any attention to it. I remembered it recently because of the large crowds I’ve been seeing and I’ve had to form part in two of them, to buy basic items such as detergent, soap, toothpaste, toilet paper… 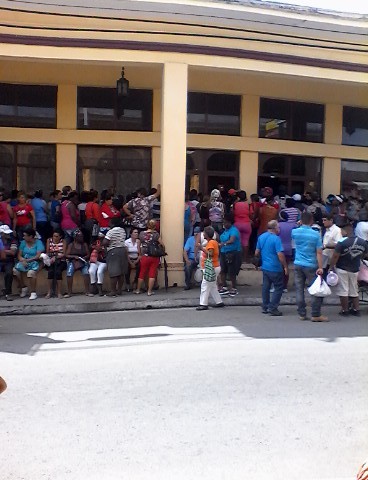 Long lines in Pinar del Rio city which are the result of more severe shortages, so you can imagine the desert small municipalities and towns like my own are.

A neighbor told me that a huge crowd of nearly 100 people formed outside the Puerta de Golpe hard-currency store (TRD) this week, in just a few minutes. “Word” went around that detergent was being brought in.

It’s believable because hundreds of people seem to be crowding recently. When I walk along Marti Avenue, or any other main street in the capital of Pinar del Rio, where you can find stores selling products in CUC, I can see crowds taking up most of the road, not only in front of the stores. There are police officers present sometimes, probably to stop outbursts like the one in Cuatro Caminos, Havana, I imagine.

Recently, the minister of Domestic Trade announced that the supply of personal hygiene items would be stabilized as of April, and shortages were attributed to the US economic blockade against Cuba. 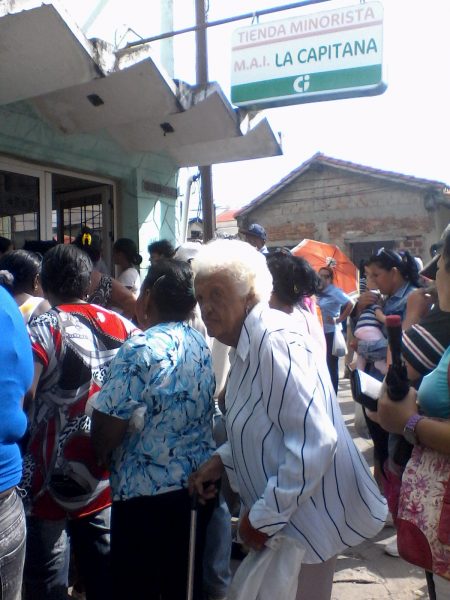 The real issue here though, is that lines are an endemic in our country. They have always existed. Not only to buy personal hygiene items, but to buy food, building materials, or for a piece of paperwork, because shortages of products and sevices has been a part of nearly everyone’s daily life for decades now. This is why I must stress that this is just a more severe shortage.

Let me go back to the long line for buying newspapers, which I started this article with. Ever since I was a teenager, I naively believed that people read newspapers, that they were informing themselves (poorly, well, or not at all) about the international world or the US, but as I’ve got older, I’ve come to understand vox populi, which was confirmed for me by an elderly woman, who once said out loud and without any discretion:

“Thank God there are still newspapers, the only thing we have to wipe our a**.”

One thought on “Long Lines in Cuba, Even for Newspapers”