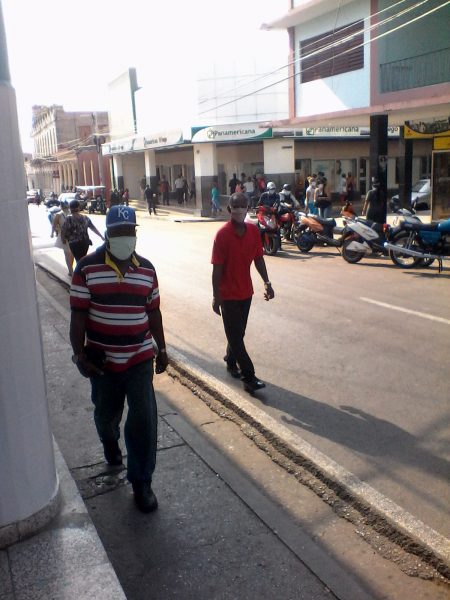 HAVANA TIMES – Something has happened within the context of this pandemic, which has shaken the entire world and taken over 100,000 lives, and I’m not in the slightest bit surprised: the Cuban government’s immense manipulation and propaganda campaign amidst so much human suffering.

It’s the same thing if you’re watching TV, listening to the radio, visiting any official website or even opening up your Facebook. They want you to believe that there isn’t a country in the world with a better health system to fight this COVID-19 war, better than the ones that embrace “cruel and savage” capitalism.

A journalist’s biased analysis on National TV News still keeps playing over in my mind, creating a Dantesque picture of the US health system when handling the Coronavirus outbreak, while the Cuban government still hadn’t decided to close the border and schools.

I just hope we are lucky and the measures that were taken (which should have been taken a month before) prevent an exponential spike in the number of people sick and dead, otherwise we will see our system crumble before our very eyes. There is no health system in the world that is prepared for such a high number of infected people and people dying. Not a single one.

The Cuban media’s manipulation is so obvious that it doesn’t condemn the way allied countries are dealing with the crisis, such as Nicaragua, where the president hasn’t closed borders and doesn’t seem to care about the lives of its people.

The media isn’t giving any coverage to the initiatives set up by incredible Cuban people who, at the expense of their own incomes and without a care for profits, are cooking meals at their private restaurants to deliver to old people at home.

The only thing you hear about is the great feats and humanism of the Cuban government, that has taken the luxury of sending health professionals to other countries in the world to help fight COVID-19, such as the brigade that was sent to Italy, or helping a cruise loaded with well-to-do Britons some of whom were sick with Coronavirus.

But ordinary Cubans know full well the Machiavellian cogs that are turning to make a health professional leave their family and risk their life in another country: Poverty and semi-slavery.

If socially progressive countries that also have an excellent health system, such as Holland, Norway or Finland, just to give you three examples, have succumbed to this plague, there is no doubt that any other country in the world will be exempt from a large-scale humanitarian crisis, in spite of the measures they take.

This chauvinistic propaganda that politicizes everything without taking human suffering into account, really makes me sick. Which is why I’ve taken some measures of my own for my own emotional wellbeing. I don’t watch any TV or read official press, and I’ve blocked anyone on my Facebook who echoes this propaganda.

However, this morning, loudspeakers on the street tortured my ears with a comparison of the sad situation in the world with the way things are faring here in our country. I can’t see any way of getting away from it. Will I have to start wearing ear plugs?

9 thoughts on “No Escape from Cuban Government’s Self-Praise”