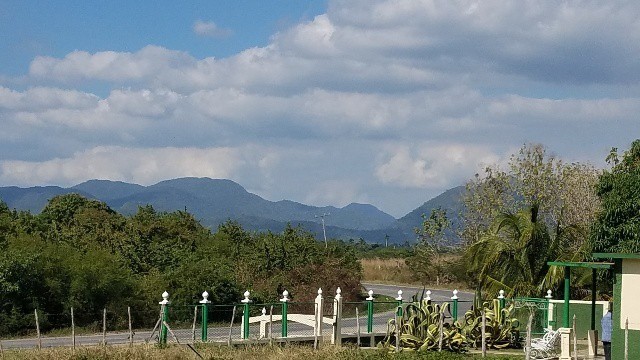 HAVANA TIMES – I grew up in a neighborhood of a rural community, where we played baseball and went around quite freely without our parents having to worry. Those were different times to now, in which children entertained themselves at home without mobile phones or computers – or playing Minecraft and other similar programs.

When I visited San Diego Junction, a rural town situated along the central highway, all those memories came to mind.

It is located in the municipality of Los Palacios, at 48 kilometers from the city of Pinar Del Rio. It’s located near a dam called “La Juventud”, one of the largest reservoirs in the region. Seven kilometers to the north, one can observe the Sierra del Rosario mountains and five kilometers to the south there’s the Havana-Pinar del Rio highway. Then comes Paso Quemado, a town whose name was given due to the mass burning ordered by rebel Gen. Antonio Maceo during the invasion of the west in one of the Cuban Independence wars.

It is a farming area. Tobacco, root crops and plantains are planted. But let’s not be too idealistic; there is also no lack of marabou bush weed extensions?

Maybe I can see myself living there in the future. Whenever I visit, it’s like feeling myself in paradise. The view of vegitation fascinates me, the distant mountains and the pure air charged with tranquility – far from the bustle of the large towns and cities. My partner looks at me incredulously when I say this. Perhaps I’ve a country boy’s soul. 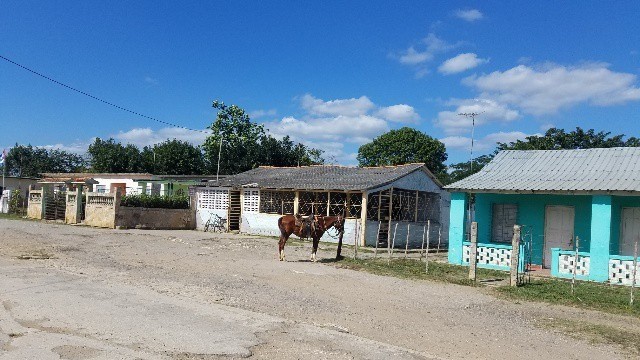 I spent New Year’s Eve there. After eating, I went out with my friend around 10:00 pm towards the town’s center. My brother-in-law and his wife awaited us so that we’d all go together to a small bar  where we wanted to see out the new year watching ‘Los Mateos’ play; a musical group from the region, comprised of elderly gentlemen.

I suppose that they’re amateurs, yet they sound like professionals. Their repertoire was composed of traditional music – a consolation, for the omnipresent Cuban reggaeton which, to be frank, gives me a headache.

We stayed outside, observing the swathes of youth and those who were not so young, grouping themselves around Los Mateos. To the beat of the chorus: “How Maria likes pineapples, Maria likes pealed pineapples”, women moved their hips using the natural sensuality of Cuban ladies, as if it were a hit song. Between musical notes, older gentleman knocked their drinks back.

Very folkloric. Everyone enjoyed themselves sanely, without any menace.

I had drunk a glass of wine and as I’m not a drinker it occurred to me to pretend that I was slightly tipsy. Everyone knew that except my girlfriend, who was the principal object of all my jokes and pranks. I got a little crazy and between hugs I commenced to declare my love for her in an exaggerated fashion. With a nervous little laugh, she tried at times to keeo me serene. To further joke, on saying farewell, the brother said to her mischievously:

“Be careful, you’re going with a drunken man.”

Then feeling compassion, I began to laugh and thus declared my joke. She laughed as well and as such, with her now feeling calm – we went home.

For this occasion and other such events, I fall in love with this place more and more each day.