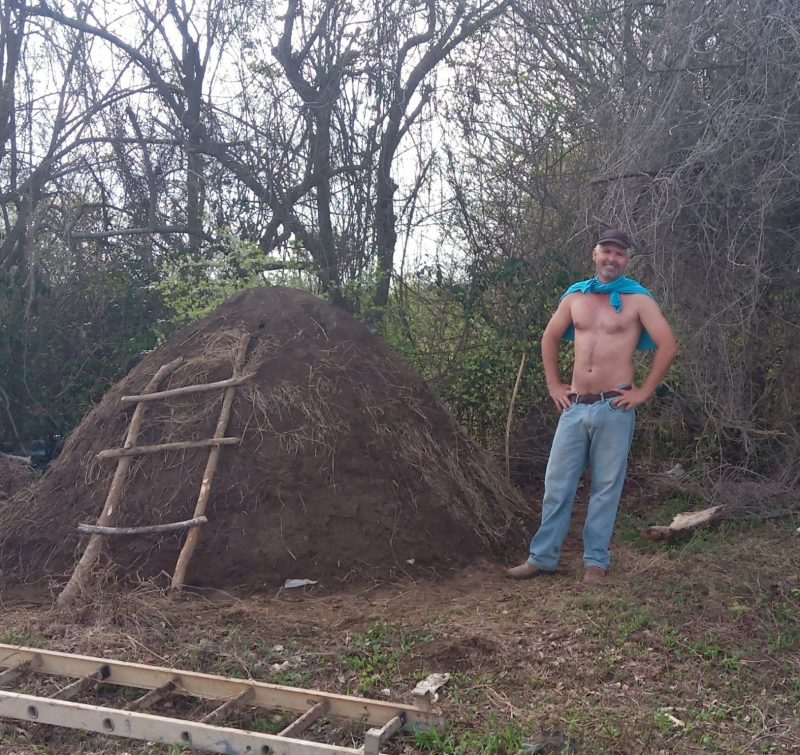 HAVANA TIMES – My mind has been traveling back decades in time recently, and memories from my childhood come flooding back; when 80-something year old Rafael Quian, a friend of my late grandfather, used to make coal ovens, in Rio Hondo, the place I spent my childhood.

I saw many of those ovens being built by Rafael with my grandfather’s help, who worked with him for a while, even though his main income depended on other activities.

Rafael Quian was my grandfather’s best friend. I can see him as clear as day, his slim, short frame, totally bald, but agile and full of energy with more than 80 years behind him. He passed away in the late ‘90s when he was about to turn 100 years old. He was a coal expert, as that was his job.

It was the time when two-burner stoves were fueled on kerosene, many people in the countryside cooked with wood and almost nobody had liquefied gas or electricity to cook. As a result, charcoal made from marabu was in high demand, even more-so in the’90s, when the famous post-Soviet crisis came which we all know as the “Special Period”.

It continues to be in high demand today, in spite of gas stoves or electric cookers and stoves.

It is right now, with all of this pandemic business and necessary social distancing, that my father-in-law, who has been sent home because he is in his ‘60s, thought about making charcoal with his son and a nephew. A bag can cost between 50-100 pesos depending on where you’re buying it, so you can never have too much, especially when it comes to saving electricity when cooking.

I joined them to help out, although I have always known that this is one of the most difficult jobs that exist out there. It isn’t easy to walk into a pile of marabu and cut enough wood, getting stung and bitten by ants and insects, building an oven, watching over it for two or three nights to make sure it burns properly, and once it has been burnt, you have to search among the black dust – which gets under your fingernails and up and in your nose and ears – for pieces of charcoal.

All of this made me think about the coal merchants in Cienaga de Zapata, in south Matanzas. Rough and hardworking people who have been making a living off of this trade for generations, where every oven seems like a three-story building, like the ones Rafael used to make. I hope he is watching over me now, from whatever dimension or place he finds himself in, while I remember him, in the early morning hours when sleep has been snatched from me, watching over a charcoal oven.

6 thoughts on “The Hard Job of Being a Coalman”