A group of different people from active projects, babalawos (Yoruba priest) and other people who are aware of this subject all came together, united by a common goal: to look for solutions to the Yoruba religion’s current interaction with the environment, due to the proliferation of religious offerings all over the city, both plant and animal offerings. The meeting was held at the ABRA Social Center and Literary Library on Saturday 16th.

At the event, an increase in Yoruba religion followers and changes to certain practices was recognized as one of the reasons for this proliferation. They talked about offerings, how frequent they are and excessive, as well as about how to carry out activism projects together to change how offerings are displayed on public streets, which nobody collects afterwards meaning that they rot in this public space. The testimony and views of one of the babalawos present (who no longer carries out animal sacrifices) helped everyone reach an understanding. Generally-speaking, experts on the subject spoke about when you can take an offering away, which can be almost immediately.

And in spite of it being a very interesting conversation (which I’m sure others will discuss on other digital media platforms), I want to share my opinion about certain things we need to bear in mind in Cuba today when carrying out this activism instead of sharing details about the event.

The first thing we need to keep in mind (no matter how problematic this may be) is that today’s spaces which could be called “community spaces” (neighborhoods) haven’t had a natural leadership for a long time, that is to say, leaders who were born there. Neighborhood leaders are those who build respected systems that are then followed and supported by community members because of their moral values and exemplary behavior in everyday life. This would lead to a project with common interests and intentions which comes from the families who live there.

The majority of today’s neighborhood spaces have had few results or haven’t made enough of an effort to look after their own surroundings. These areas have CDRs (Committees for the Defense of the Revolution), the FMC (Federation of Cuban Women) and other groups which are empowered in the capital’s municipalities. 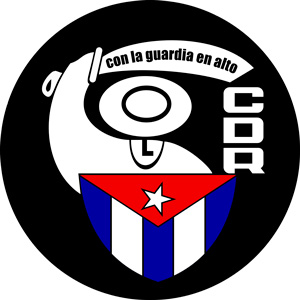 On the other hand, you can also find the little vocation and dedication those people who are members of or work at state institutions have, like Communal Services (Hygiene and Communal Services Company) which are always thrashed, towards preserving the natural environment properly in keeping with its urban surroundings, which doesn’t encourage personal activism, of neighbors, regular locals and instead discourages them from participating in the few neighborhood actions linked to the environment. These employees don’t generally work with respecting the natural environment and hygiene for urban life because they don’t preserve it, they don’t protect it and they don’t support public spaces near residences properly.

I am referring to the fact that waste could be efficiently and frequently collected, especially household waste, or the products of home renovation projects or looking after flower beds and pavements, which are overtaken by garbage and destruction, detracting from everyday life.

There is also the indiscriminate pruning of trees, which the Electricity Company and its workers are normally accused of, who cut and trim foliage, in a way that often kills the trees.

Meanwhile, you can find aggressive behavior and practices in most of the population’s attitude, bad habits which have been instilled after so many years, as people disconnect themselves from this part of reality because it doesn’t seem like they have any control, and this “nobody can change anything” attitude isn’t remediable.

Locals have been isolated from exerting a civic influence in public life, but this only contributes to things getting worse unfortunately; throwing out the garbage anywhere without thinking about the fact that they are throwing it at their own feet and that this limits their physical and psychological space.

Plus, they don’t feel responsible for doing this because it’s up to a third person to deal with it or because their opinions “fall on deaf ears”. Most people have become accustomed to legitimizing things that aren’t right, illegal thereby changing rules, bad habits created out of the fear they won’t be understood and the lack of a solution as something typical, reducing their sense of belonging.

Today, many people not only remove themselves from public spaces by putting up bars on windows and doors to ensure their homes are safe, they also put up a fence around their property to prevent it from being invaded out of a lack of respect, they also don’t perceive public spaces to be common ground anymore, they take control of it as if it were a private space. The physical space of a social/neighborhood is part of its heritage: a corridor, a flower garden or a part of the pavement which forms part of some houses.

Cuba has had a lot of experience with people who take eco-friendly actions and it is growing: actions, complaints and petitions to foster improvement and change in both legal and social terms which deal with looking after the environment.

Many of these actions have been taken outside of government institutions, which are unable to turn the abovementioned situations on their head. Especially in Havana where people live in contact with domestic waste, with poor animal care and abuse, as well as an almost inexistent interest in plants, which translates as an imbalance and risk to all of our lives.

There are also many times when eco-activism reaches a low because people are demotivated because of a lack of tangible and/or stable results, using the social time they have left which they need to use to make sure they can get through another day or work and (why not?) dreams they have been pining after.

Eco-activism needs to bear in mind that it can always be stunted by what I’ve just mentioned because we could say that our society is sick in its collective consciousness, taking pathological actions.

There are people in Cuba (especially in the capital) who are aware and there are also people who are unaware, yet explaining these things (no matter how logical, intelligent or fitting they sound) might not be enough for them to stop their practices, just like that.

The media can support campaigns which are made to validate this movement but the key here is to plant seeds again, to clean, to look after animals and plants again, but through planning and making headway with discipline, leaving something which others can continue and a new standard which serves as a reference. We need to insist a lot in order to bring about a social change in this behavior.

7 thoughts on “An Eco-activism Meeting in Cuba”