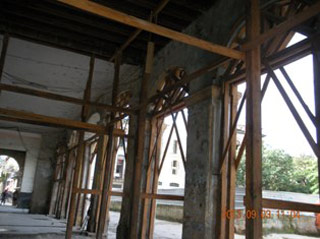 HAVANA TIMES — Hurricane season is almost over in Cuba, but the mere mention of a hurricane is enough to inspire fear among many residents of Havana, who have experienced the continuous, day-long or afternoon rains and the strong sunlight that afterwards dries everything quickly.

These processes bring about the by now familiar collapse of buildings or make some of the older constructions in Havana uninhabitable. Many of these buildings were built with materials that have been worn down in the course of time and have seen no maintenance in many, long years.

This is no news to anyone who lives in Havana. Not everyone knows, however, that this situation leads to the forced migration of these populations to other parts of town. It was thanks to this, in fact, that many residents of Old Havana arrived at my neighborhood, Alamar (once hailed as the “City of the Future”), with very little interest in staying. 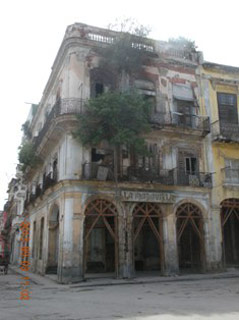 These people, however, were fortunate enough to be assigned apartments for their families – one for each family unit that had formed within their former household, where different generations, life goals and habits co-existed in overcrowded conditions.

Well, folks, in its efforts to keep those who had lost their homes at this end of town, the government offered the relocated families benefits, some of which weren’t even enjoyed by the locals.

In the area of the housing project made up by the buildings they were assigned, the government set up a pharmacy, a small grocery store, a medical clinic, a bakery, public phones (which, given their location, also benefited us) and a reliable water supply (something they were not at all used to).

Offering them these basic conditions was the least they could do to have them accept living in the neighborhood known as the “Bedroom City” (most residents of Alamar work in the city center), after living in an area of town where “everything” was within hand’s reach.

At first, they were upset and resisted the idea, in spite of their previous agreement. They would constantly complain about the public transportation there and about how far stores were. Alamar had been practically forsaken (a situation which the self-employed have improved to some measure), while, in Old Havana, it “sufficed to walk down the steps of one’s building or open the door” to find what one needed for the house. 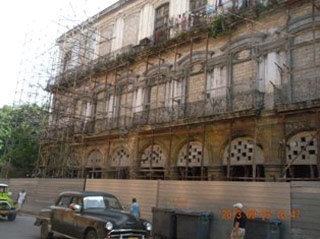 The scars that living in overcrowded conditions left in their behavior, which did not heal that quickly, came to worsen the situation.

Through such displacements, Old Havana’s population decreases, and, instead of repairing the damaged buildings so that their former residents, who have lost the neighborhood they know and like, can return there, the tendency is to take advantage of such depopulation to build new stores and parks.

Many of those relocated have adapted to life in Alamar and its half-urban, half-rural environment over time. They have also had children who, despite their parents’ dissatisfaction, already belong to the neighborhood.