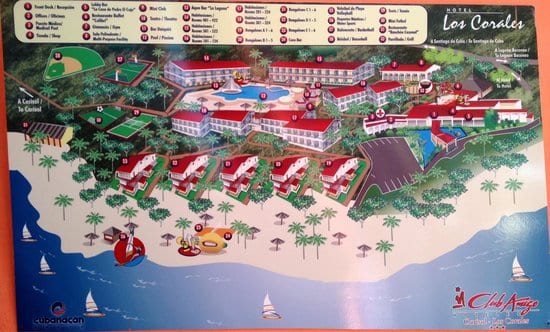 HAVANA TIMES — A few years ago (too many ago for my liking), I was invited to spend a whole day with my daughters at Los Corales Hotel, one of the hotels on the beach in the beautiful city of Santiago de Cuba.

Even though I wasn’t there in that beautiful place for more than 24 hours, the stay helped to reinforce several ideas: first, whatever happens on the island, ordinary Cubans (read here, ordinary professionals and state employees in every sector, as well as anyone who doesn’t have a relative living abroad or access to hard-currency) are always in the same boat, unable to access the pleasures that many people in another place on this planet called Earth could have.

Secondly, that employees in the Tourism sector are not only capable of betraying one of their best workmates to get a few extra dollars and clothes or any basic items that foreigners leave behind when they go home, but they are even capable of selling their souls to the devil. It’s incredible what people’s misery and needs can achieve when combined with the wish to prosper…

The third and most important lesson from that trip which I remember with so much love, was that there are people everywhere (regardless of language barriers, culture, differences) who are worried about the wellbeing of others, even though they are complete strangers.

This article is dedicated to the three Canadian couples I met that day, who I have never heard from again.

Chance had it that Paul, a Canadian who was staying at Los Corales, would come up to me to give me a present, which he considered “something simple”, but to me had great value.

In an English which I understood perfectly as a result of the private classes I had gone to, he greeted me and asked me, somewhat embarassed, if I would mind receiving a present from the group who he later introduced me to.

Caught somewhere between shock and fear, I answered him by asking why he had chosen me out of so many people.

He quickly took a step back and told me, in English still: “If there’s a problem, I’m sorry, it’s just that as we know the needs Cuban people have, and every time we come to the hotel, which is quite frequently, we bring a few things for locals or for anyone we see and we hand them out.”

Then he handed me a bag. “Not much, but something,” he whispered in my ear.

In that bag, there were several basic items: a bottle of shampoo and another bottle of strawberry conditioner (the scent of which I have never smelled again, but have never been able to forget either), soap, toothpaste, pens, shower gel, notebooks, jigsaw puzzles, socks for a small child, among other things…

Later, they bid farewell and I saw them head towards the hotel lobby, each of them carrying a backpack with the things they thought weren’t much.  But, I’m sure that anyone they came across, every person who received one of their presents, no matter how simple it might have seemed, will never forget their faces, their care, and will eternally thank them, just like I do…