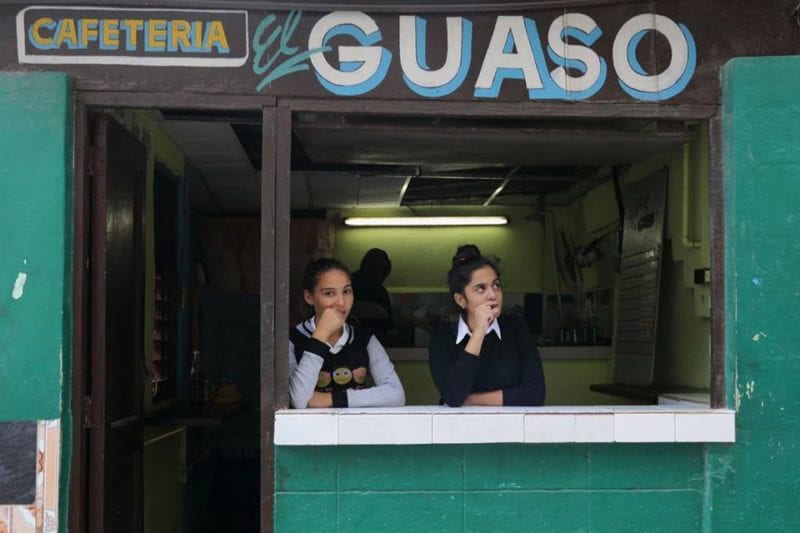 HAVANA TIMES — December didn’t bring many surprises for the Cuban people, just another end of the year, which wasn’t very different to previous year ends, which everyone celebrates as best they can and people aren’t expecting much from this new year, not even with a new president.

The National Assembly met a few days before the last day of the year, as is becoming custom, and they debated (behind closed doors, of course) several important national issues, but nobody feels that this will change ordinary Cuban’s everyday hardships in any way.

In the words of Marino Murillo, the Chair of the Communist Party’s Guidelines Implementation and Development Committee, the new regulations that were put into effect in this sector aren’t a setback at all, but something that was much-needed so as to correct acts of indiscipline and diversions that have been discovered in these private methods of management.

The changes announced included non-agricultural cooperatives which can now only operate within the province where they have their legal residence.

The government will also regulate independent workers’ incomes, so that the maximum income isn’t any more than three times the minimum income and they will have to state how many partners and employees they have.

Plus, they will only be able to practice one business activity.

As we can see, the State isn’t really worried about the indiscipline and irregularities discovered in the private sector, because when it comes to the economy, the word “irregularity” doesn’t exist, there are only illegal activities, and a very easy mechanism exists to oversee this and that is the Attorney-General who should be responsible for sending all of those who violate established laws to trial.

Well, it must be said that the Attorney-General is having a hard time doing this job, because this is a sector that has been mostly supplied, since its creation, by public sector workers who steal things from their companies, namely oil, flour, sugar… Of course, if the State were to provide these supplies at a decent price and wholesale markets existed, this would be a very different story, but it seems that we still aren’t ready for this, it’s better to keep on stealing, I mean, “struggling”.

Going back to what really bothers the State… clearly it’s the prosperity of some citizens who have several businesses which are bringing them in considerable profits, whether that’s having more than one luxury restaurant (with expensive services) like the ones in Havana, more than two homes which even foreign celebrities rent out, as well as other businesses that rake in juicy profits…

It seems that Cuban society isn’t ready for such a marked difference between the rich and the poor.

The funny thing about this, though, is that this difference has existed for a long time (so long I can’t even remember how long it has been) and you can see this in kids’ shoes when they go to school – some wear sneakers imported from abroad which cost 50 or 60 CUC; others wear poor quality shoes that have been manufactured on the island which don’t cost anything more than 10 CUC, even though these are still a sacrifice for ordinary Cuban parents.

You can also see inequality in school lunches, as there are students who bring everything from from a hard-currency store, from a gouda cheese sandwich to a packaged juice which costs 1.40 CUC; meanwhile the other group have to work magic in order to make sure they have a sad piece of bread with whatever inside and a lemonade or seasonal fruit juice.

January has kicked off and many people who are interested in forming a part of the private sector are still waiting, hoping, because improvements in this sector don’t bode well, truth be told no aspect of life looks like it will improve. But, restrictions and changes to the private sector can’t prevent there being a few rich people and lots of poor people here in Cuba, just like there is in the rest of the world…