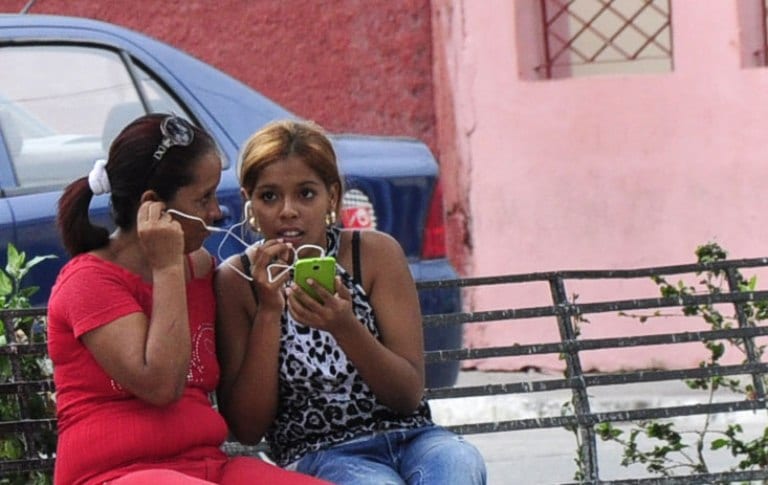 HAVANA TIMES – The day that half of the Cuban population, especially teenagers and young people, have been waiting for finally came.

Free Internet is now a reality in Cuba. At home, at the hospital, workplace or school, bus stop, bathroom, kitchen, anywhere on this beautiful island where there is a signal, you can access the internet on your cellphone, without having to pay a single cent.

News spread like a cloud of dust from neighbor to neighbor, from telephone to telephone, from family here to a relative there.

My neighborhood looked like an ant’s nest, which was only comparable to the time when we heard that US-Cuban relations had been reestablished. Not even President Obama’s visit caused as much of a commotion as free Internet did.

Ramoncito’s phone had been broken for a few days, but it cost 15 CUC to repair it, no more no less, and times are tough; it’s easy to say 15, but this is nearly 400 pesos, so he decided to wait a little until prices for the service fell.

However, when he found out about the free internet, he couldn’t resist temptation and he didn’t pay 15, but 20 CUC to get his phone repaired properly and quickly, before other customers on the waiting list.

I have been receiving message notifications on my phone since early this morning. I notice because I get up to pee and I when I go to check the time on my phone, I feel it vibrate.

“We’re online with the world, woman,” a friend says who lives on the other side of the city. Message sent at 1 AM.

“Conneeeeeeect,” an old schoolmate shouts from Europe, Italy to be exact; it’s 8 AM for her, but it’s still only 2 AM for me.

“Incredible,” a friend says to me from Havana, “nearly every Cuban I know is awake and trying to communicate with someone, even if it’s just here in Cuba. I can’t believe that you are sleeping while the event of the century is happening, hahaha.”

I received these and other messages, both on Messenger and Facebook. Something stirs in me and I want to respond to these messages, to wake up and connect with the rest of the world.

However, I remember that it will only be for three days, everything will return to normal afterwards, and when this service becomes available for cellphones again, I’m sure I won’t be able to pay for it. So, the euphoria passes, and I go back to my bed.

2 thoughts on “Free Internet in Cuba”